Dark Season 3 Trailer Sets Up the End, Which Is Also the Beginning

It’s the final season of the German Netflix series. 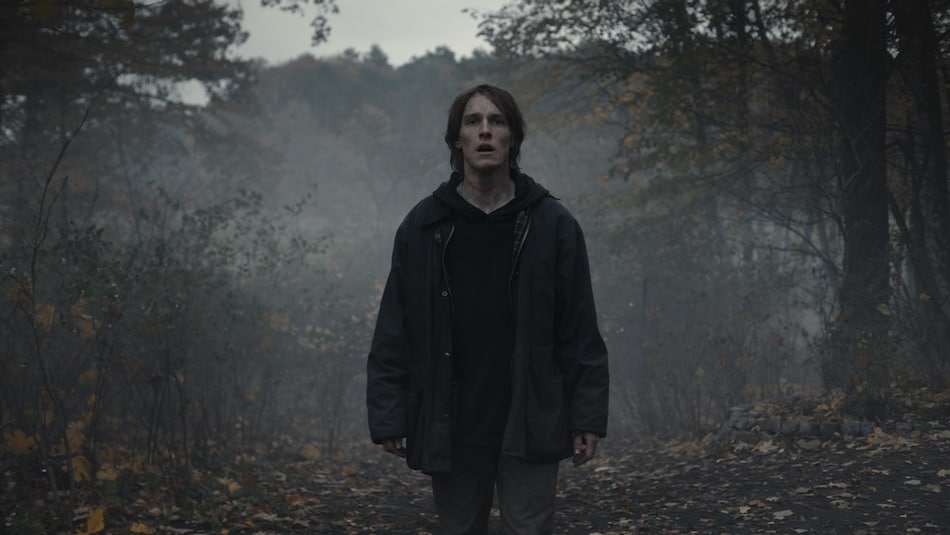 “From what time are you,” a character asks at the beginning of Dark season 3 trailer, to which another replies: “It's not about what time. But from what world.” Meanwhile, an eerie black-coloured hemisphere grows in size and engulfs a house. Later in the Dark season 3 trailer, a voice promises to help someone find the origin for “the beginning for everything. In your world. And in mine.”

Cut to similar shots of different people in similar situations, and an experiment that creates a floating black-coloured goo. Towards the end, another voice declares, “It is time”, as the black substance spreads out and seemingly causes massive destruction. The Dark season 3 trailer — parts of which are set to the Bloc Party song “The Pioneers (M83 Remix)” — ends with Jonas (Louis Hofmann) and Martha (Lisa Vicari) sharing a kiss.

Here's the official synopsis for Dark season 3, from Netflix:

“In the third and final season, Dark reaches its mind-bending conclusion, moving beyond the concept of space and time. Upon arrival in a new world, Jonas tries to make sense of what this rendition of Winden means for his own fate, while the ones left behind in the other world are left on a quest to break the loop that now not only bends time but also space. Two worlds. Light and dark. And in the centre, a tragic love story of epic proportions.”

Dark season 3 is out June 27 on Netflix worldwide.

Facebook Will Now Show Results from Wikipedia in Search Results
ARK: Survival Evolved Is Free on the Epic Games Store Till June 18