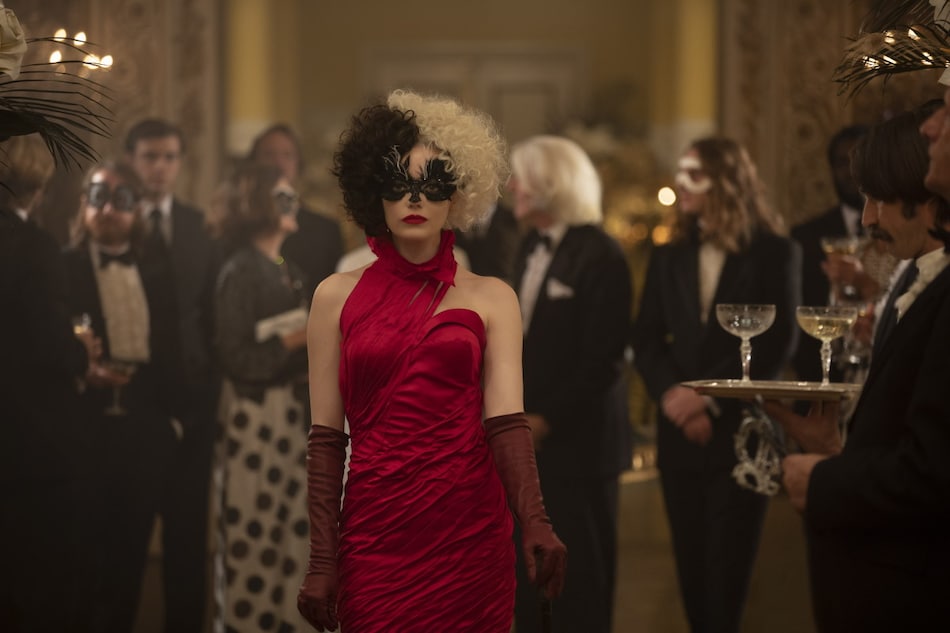 The Cruella trailer is here — say hello to Emma Stone's take on the iconic Disney villain from One Hundred and One Dalmatians. Disney has released a one-and-a-half-minute trailer for Cruella, its second attempt at charting the origin story of a Disney fairy tale villain (after Sleeping Beauty's Maleficent, played by Angelina Jolie). In the Cruella trailer, Stone's Estella de Vil declares that she was born “brilliant, bad and a little bit mad” and sees the world differently than everyone else. That naturally doesn't sit well with folks, nor do her antics and exuberant way of doing things. The Cruella trailer is short on plot, but the accompanying synopsis reveals what the Disney film will be about:

Academy Award winner Emma Stone (La La Land) stars in Cruella, an all-new live-action feature film about the rebellious early days of one of cinema's most notorious — and notoriously fashionable — villains, the legendary Cruella de Vil. Set in 1970s London amidst the punk rock revolution, the film follows a young grifter named Estella, a clever and creative girl determined to make a name for herself with her designs. She befriends a pair of young thieves who appreciate her appetite for mischief, and together they are able to build a life for themselves on the London streets. One day, Estella's flair for fashion catches the eye of the Baroness von Hellman, a fashion legend who is devastatingly chic and terrifyingly haute, played by two-time Oscar winner Emma Thompson (Howards End, Sense & Sensibility). But their relationship sets in motion a course of events and revelations that will cause Estella to embrace her wicked side and become the raucous, fashionable and revenge-bent Cruella.

The 42 Most Anticipated Movies of 2021, Including Cruella

Cruella is out May 28 in cinemas worldwide. A Disney+ release has been rumoured, but the studio is sticking to a theatrical rollout — for now.