Out in late May on Disney+ and in cinemas. 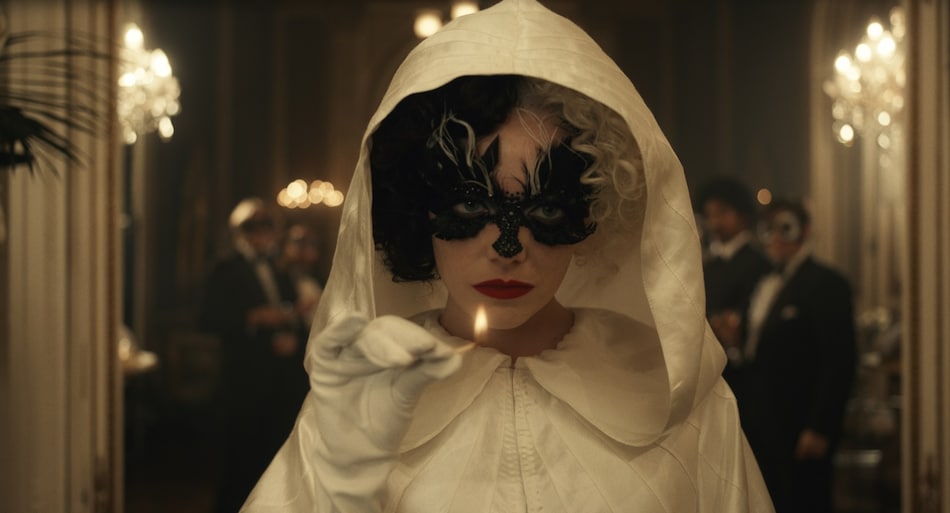 Cruella has gotten a new trailer, with over seven weeks left to its May 28 release date. On Wednesday, Disney unveiled a second trailer for the Emma Stone-led origin story of the iconic villain from 101 Dalmatians, partly set to the Doris Day song “Perhaps, Perhaps, Perhaps”. In it, fashionista Baroness von Hellman (Emma Thompson) tells aspiring designer Estella de Vil (Stone) that she can't care about anyone else as they are just obstacles in her path. “You have the talent. Whether you have the killer instinct is the big question,” the Baroness adds. But Estella is dismissed at work by the Baroness, and she turns up at a party to make a scene, setting fire to her dress and engaging in some fisticuffs — in heels, as she points out. She then introduces herself as Cruella.

The rest of the Cruella trailer introduces the plot of the Disney movie, which finds her recruiting some thieves and con artists — including Artie (John McCrea), Horace Badun (Paul Walter Hauser), and Jasper Badun (Joel Fry) — to make further trouble for the Baroness, including stealing her precious dalmatians and liberally tweaking with her haute couture dresses. Estella's friend Anita (Kirby Howell-Baptiste) tells her that she has a bit of an extreme side to which she replies in the poshest of accents: “Yes darling, and what fun that is.” It is also hinted that the Baroness is not aware of Estella's alter ego of Cruella, given a late exchange they have in the Cruella trailer.

Here's the official synopsis for Cruella from Disney:

Academy Award winner Emma Stone stars in Disney's Cruella, an all-new live-action feature film about the rebellious early days of one of cinema's most notorious — and notoriously fashionable — villains, the legendary Cruella de Vil. Cruella, which is set in 1970s London amidst the punk rock revolution, follows a young grifter named Estella, a clever and creative girl determined to make a name for herself with her designs. She befriends a pair of young thieves who appreciate her appetite for mischief, and together they are able to build a life for themselves on the London streets. One day, Estella's flair for fashion catches the eye of the Baroness von Hellman, a fashion legend who is devastatingly chic and terrifyingly haute, played by two-time Oscar winner Emma Thompson. But their relationship sets in motion a course of events and revelations that will cause Estella to embrace her wicked side and become the raucous, fashionable and revenge-bent Cruella.

Cruella is out May 28 in cinemas worldwide — including India — and on Disney+ with Premier Access in select markets. It is expected to debut August 27 on Disney+ Hotstar, going by earlier estimates for Mulan and Raya and the Last Dragon.

The new Cruella poster, with the mention of Disney+
Photo Credit: Disney