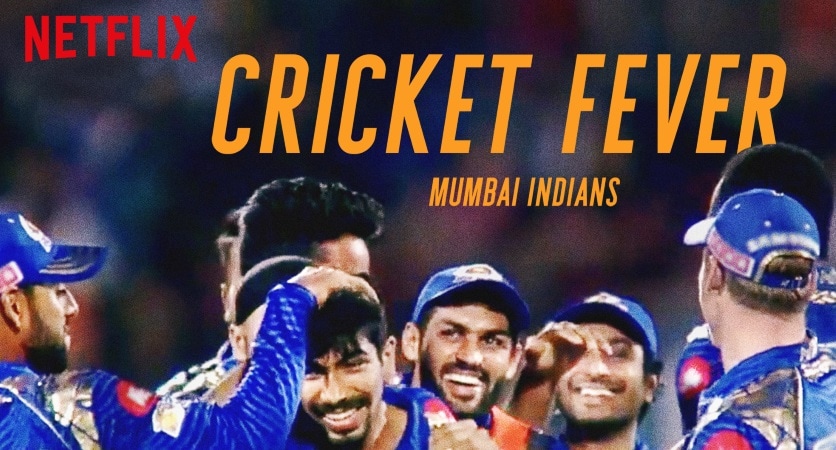 Netflix has released the trailer for its upcoming docu-series, Cricket Fever: Mumbai Indians, which follows the three-time Indian Premier League (IPL) winning team of the same name during the 2018 season of the popular Twenty20 cricket tournament, as they attempted — and failed — to defend their title. The eight-episode show will “highlight the tough backroom story of the then-defending champions and how they coped with the weight of expectations from all around, including from the passionate fans of the franchise from Mumbai”. Cricket Fever: Mumbai Indians is out March 1, 2019 on Netflix.

“We are proud to be defending champions but with a younger team this year, we don't see ourselves as favourites,” Mumbai Indians coach Mahela Jayawardene says in the trailer for Cricket Fever: Mumbai Indians. It intercuts the team's training and preparation with footage of cricket fans watching the matches, owner Nita Ambani and her eldest son Akash, and the team's deteriorating mood as the season doesn't go their way.

“We were exactly in this position in 2015, guys,” Sachin Tendulkar says in a pep talk. “We ended up winning the tournament. Let's believe we can win from here.” Towards the end of the trailer, Akash speaks out on possible leaks from within the team and his zero-tolerance policy.

It has been produced by Condé Nast Entertainment, with Al Edgington, Joe LaBracio, Jeremy Finn, Jamie Stewart, and James Maby serving as executive producers. Netflix says the docu-series “documents highly personal and never-seen-before journeys of the young and talented team”.