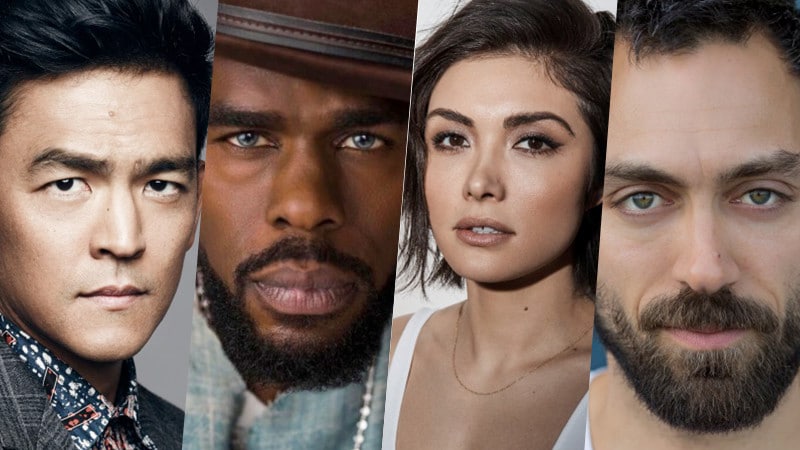 Netflix has cast John Cho (Star Trek), Mustafa Shakir (Luke Cage), Daniella Pineda (Jurassic World: Fallen Kingdom), and Alex Hassell (The Miniaturist) in the lead for its live-action Cowboy Bebop series, it announced Thursday. Cho will play Spike Spiegel, Shakir Jet Black, Pineda Faye Valentine, and Hassell will star as Vicious. Cowboy Bebop is based on the original Japanese animated series and manga of the same name, which ran from 1997-98 and is about a bounty hunter crew in the year 2071.

In its announcement, Netflix said Cho's Spike Spiegel is "haunted by visions of the woman he loved and lost, Julia. His criminal past slowly catches up to him — putting him and the Bebop crew in the cross-hairs of the solar system's most lethal criminal organization, the Syndicate."

Shakir's Jet Black enjoys jazz and serves as captain of the spaceship Bebop. Netflix said that "Jet holds tight to his honour and optimism, acting as a father figure to his misfit crew, always seeing the best in his partner, Spike… until it's too late."

Pineda's Faye Valentine is an amnesiac con artist who's "always on the search for the person with the key to her identity. In the meantime, she'll fake it till she makes it."

Hassell's Vicious is an ambitious criminal who was "once Spike's best friend [but] now he's his mortal enemy and is obsessed with taking him down."

Variety claims that Netflix is still casting for the role of Radical Edward, described as a "somewhat androgynous, teenage girl" in the original series.

Netflix has given Cowboy Bebop a 10-episode first season order, with the first episode being written by Christopher Yost (Thor: Ragnarok), who will serve as an executive producer alongside Andre Nemec, Josh Appelbaum, Jeff Pinkner, and Scott Rosenberg of Midnight Radio.

Yasuo Miyakawa, Masayuki Ozaki, and Shin Sasaki of Sunrise Inc. — the studio behind the original series — will also serve as executive producers, in addition to Marty Adelstein and Becky Clements of Tomorrow Studios, Tetsu Fujimura, and Matthew Weinberg. Shinichiro Watanabe, director of the original anime, will consult on the live-action remake.