And there’s a song by Ariana Grande, Miley Cyrus, and Lana Del Rey. 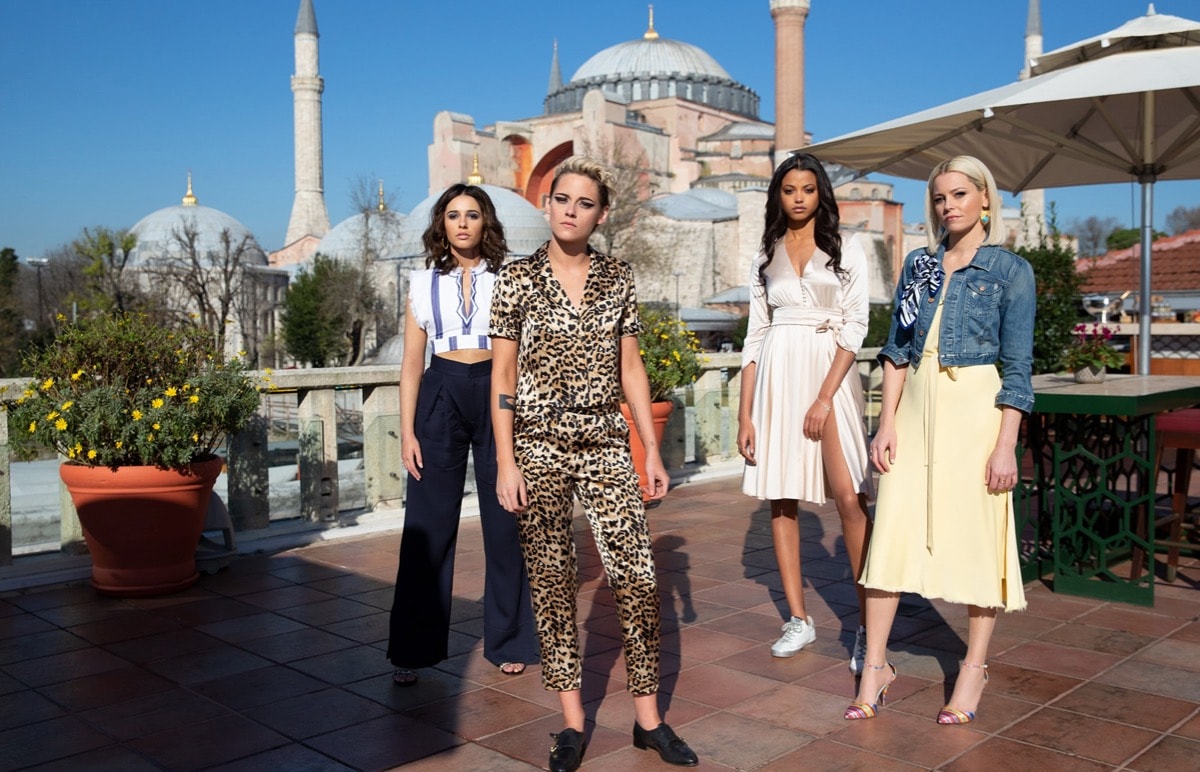 The first trailer for the new Charlie's Angels is here. Kristen Stewart (Twilight), Naomi Scott (Aladdin), and big-screen newcomer Ella Balinska (The Athena) are the new female trio at the centre, who take on private security missions around the world. Veteran actress Elizabeth Banks is a writer, director, and producer on Charlie's Angels, which despite its reboot-y name isn't a reboot or a remake, but somehow a continuation of the 2000s films and the original TV series it was based on. Banks also stars as Bosley, though as what's clearly meant as a joke, she's one of four Bosleys alongside Patrick Stewart, Djimon Hounsou (Guardians of the Galaxy), and Sam Claflin (Me Before You).

Sabina Wilson (Ms. Stewart) opens the first Charlie's Angels trailer, acting as a charming decoy while one of her colleagues Jane Kano (Balinska) takes out the two bodyguards. Mr. Stewart's Bosley then congratulates them on their efforts, before they are introduced to a new client: programmer Elena Houghlin (Scott), who's with Hounsou's Bosley. Elena has some tech that needs safeguarding and hence they are soon trading gunfire with a chasing vehicle which is fitted with a Gatling gun. Banks' Bosley then shows up and introduces Elena to the Townsend Agency, where we get an introduction to the female spies.

The Charlie's Angels trailer also makes a point of showing its humour chops, from Jane explaining with biological precision how she took out a guy to Banks' Bosley showing off the variety of tools the agency has at its disposal. The trailer then kicks up a gear to give us a peek at some of its action scenes, and Noah Centineo's (To All the Boys I've Loved Before) lab assistant character, who is seen later in a different avatar flirting with Jane. Though Elena starts off as a client, the trailer also makes it clear that she's being groomed to become a new Charlie's Angel herself.

And if you somehow missed the mention at the start and end of the trailer, the background song has been specifically written and performed for the film by Ariana Grande, Miley Cyrus, and Lana Del Rey. That's a lot of star talent for just one track, and it feels like a deliberate nod to the on-screen female trio.

Here's the official synopsis for Charlie's Angels, via Sony Pictures:

“In Elizabeth Banks' bold vision, Kristen Stewart, Naomi Scott, and Ella Balinska are working for the mysterious Charles Townsend, whose security and investigative agency has expanded internationally. With the world's smartest, bravest, and most highly trained women all over the globe, there are now teams of Angels guided by multiple Bosleys taking on the toughest jobs everywhere.”

Charlie's Angels is out November 15 in cinemas in India.