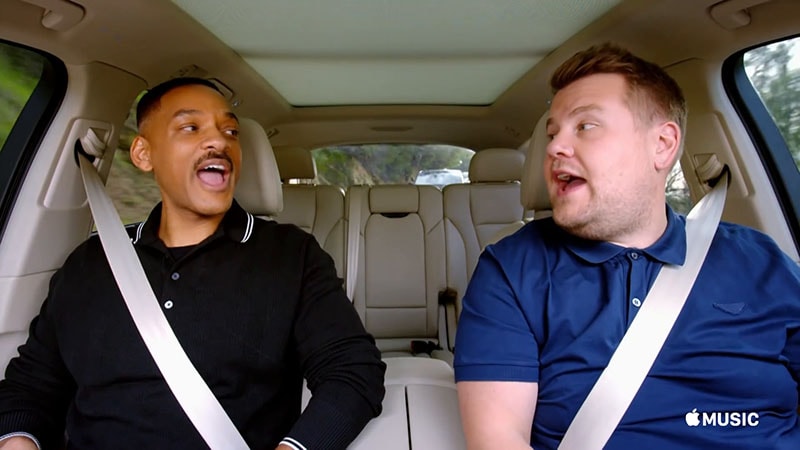 The first episode of Apple's Carpool Karaoke – starring Late Late Show host James Corden, and actor Will Smith – is now available to watch on Apple Music. The original series is a spin-off of the popular segment part of Corden's CBS talk-show, which has made a name for itself on the Internet.

Unlike its TV counterpart, not all the Apple episodes will be hosted by Corden himself, with other celebrities taking his role in future entries. They will also contain segments shot outside the car as well, which involves crashing a wedding in the case of Corden and Smith. Of course, it's all staged.

Apart from the episode itself – which run about 15 to 20 minutes – Apple will also provide bonus two-minute segments that didn't fit the episode, but could have value on their own. With Smith, that includes his son Jaden's choice of prom outfit, and meeting Muhammad Ali and Nelson Mandela.

Weirdly enough, Carpool Karaoke isn't available in India at the time of writing, even though it has additional language support for Hindi. We have reached out to Apple India for comment, and will update you once we hear back.