This is no TinkerBell. 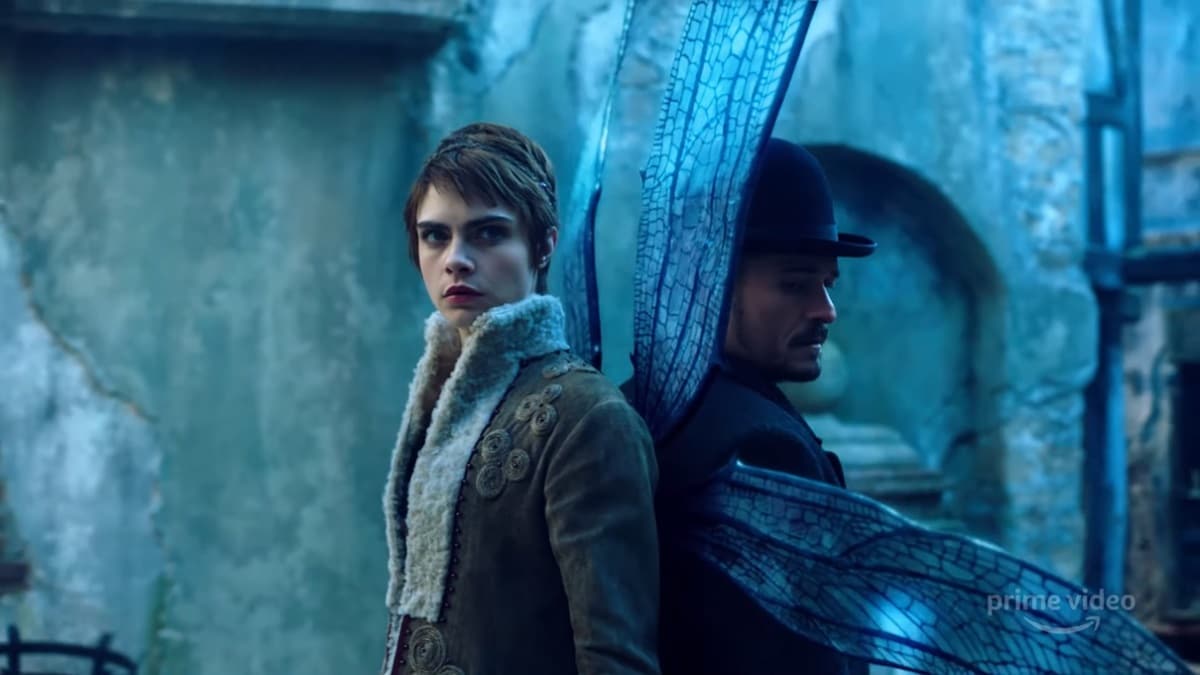 Amazon Prime Video has released the full-length trailer for Carnival Row, its upcoming neo-noir fantasy series that stars Orlando Bloom (The Lord of the Rings film trilogy) and Cara Delevingne (Valerian and the City of a Thousand Planets) in the lead. Set in a Victoriana fantasy world where mythological creatures are treated as unwanted immigrants in the worlds of men — the trailer explains how “the chaos of wars brought a new wave of refugees to these shores” — Carnival Row is about the conflict between different species, where cross-species relationships aren't tolerated.

The new Carnival Row trailer opens with Bloom's character riding on horseback into a compound where he's greeted by Delevingne's character, who is one of hundreds of “faeries” present. It's immediately clear that there's something developing between the two, which the trailer then confirms a few seconds later. That peace and quiet is interrupted by two large airships, which bombard the place. Delevingne, who reveals she's called Vignette Stonemoss, is captured. Stonemoss is told that Philo (Bloom) is alive, and she confronts him when he's sleeping, and the two renew their relationship.

Here's the official synopsis for Carnival Row, via Amazon:

“Orlando Bloom and Cara Delevingne star in Carnival Row, a series set in a Victorian fantasy world filled with mythological immigrant creatures whose exotic homelands were invaded by the empires of man. This growing population struggles to coexist with humans — forbidden to live, love, or fly with freedom. But even in darkness, hope lives, as a human detective, Rycroft Philostrate (Bloom), and a refugee faerie named Vignette Stonemoss (Delevingne) rekindle a dangerous affair despite an increasingly intolerant society. Vignette harbours a secret that endangers Philo's world during his most important case yet: a string of gruesome murders threatening the uneasy peace of the Row.”

Carnival Row is out August 30 on Amazon Prime Video in India. Local language dubs will be available November 22, Amazon said.