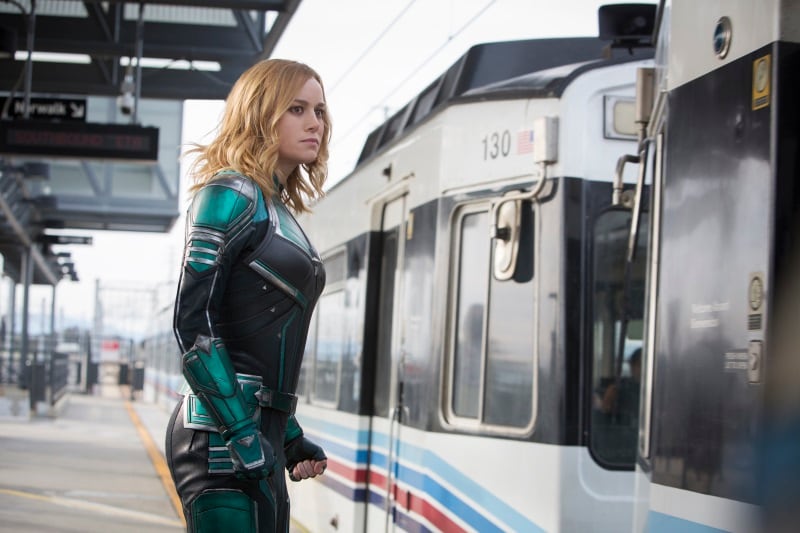 Disney India has opened bookings for Captain Marvel a full five days before its release date — Friday, March 8 — just as it did with Avengers: Infinity War last year. You can purchase your Captain Marvel tickets on ticketing partners BookMyShow and Paytm, or via the official websites of cinema chains PVR Cinemas, INOX, Cinépolis, and Carnival Cinemas among others. Additionally, BookMyShow is also offering fans a chance to catch an “exclusive screening” on Tuesday, March 5, in Mumbai and New Delhi. And lastly, Paytm is touting a “Marvel Movie Pass” that will let you watch both Captain Marvel and Avengers: Endgame at a discount.

Ticket bookings for Captain Marvel are now live across India, including Mumbai, Delhi NCR, Bengaluru, Chennai, Kolkata, Hyderabad, Ahmedabad, Pune, Chandigarh, Jaipur, Lucknow, Nagpur, Vizag, Patna, Amritsar, and Kochi and among others. At the time of writing, Captain Marvel tickets were not available in the likes of Surat, Kanpur, Indore, Bhopal, Coimbatore, Varanasi, and Udaipur. As with other big Disney releases, Captain Marvel will release in India in English, Hindi, Tamil, and Telugu.

For the ‘exclusive' Captain Marvel screening in Mumbai and Delhi, fans have to fill out a form to stand a chance to win a pass. Head over to the BookMyShow home page or use this link to register your interest for the special screening.

As for the ‘Marvel Movie Pass', Paytm is offering 100 percent cashback up to Rs. 200 on each ticket you buy of Captain Marvel and Avengers: Endgame. You can passes for one, two or four people, costing Rs. 149, Rs. 399, and Rs. 799. The pass value is additional to the value of the ticket. The Marvel Movie Pass will be valid till July, which is fine because both films will be out of theatres by then anyway.

Here's the official synopsis for Captain Marvel, via Disney:

“Set in the 1990s, Marvel Studios' Captain Marvel is an all-new adventure from a previously unseen period in the history of the Marvel Cinematic Universe that follows the journey of Carol Danvers as she becomes one of the universe's most powerful heroes. While a galactic war between two alien races reaches Earth, Danvers finds herself and a small cadre of allies at the center of the maelstrom.”