Marvel is looking for a female director to pair her up with. 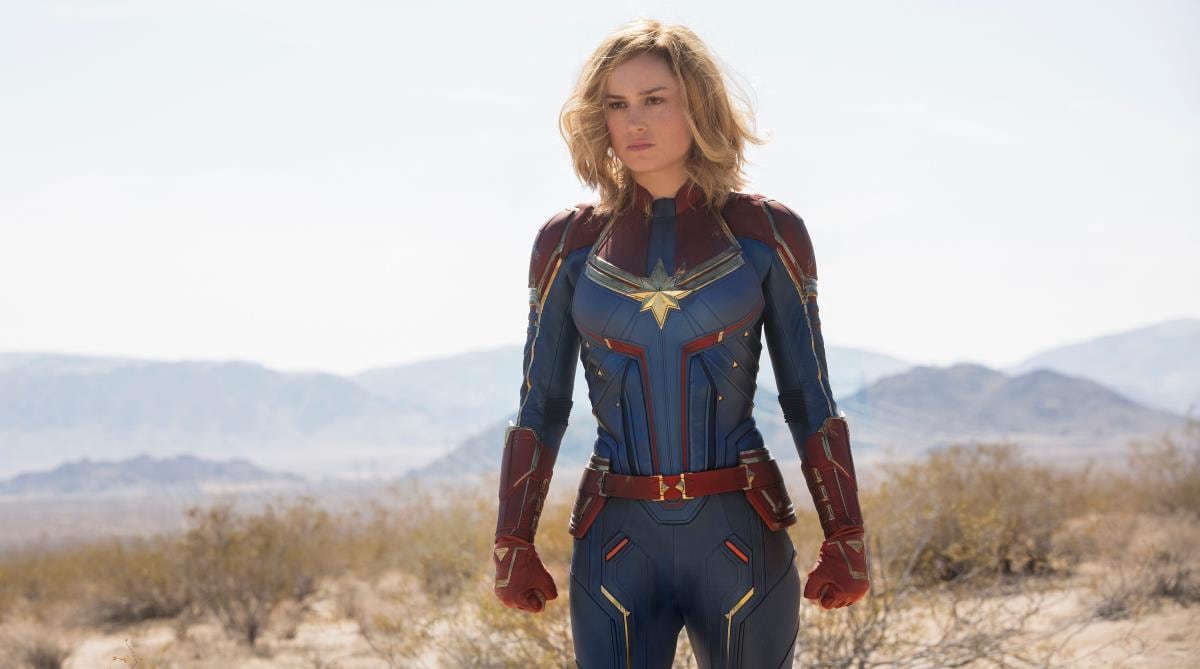 Captain Marvel 2 is officially happening. Marvel Studios has begun development on a sequel to Captain Marvel — the first standalone female superhero movie in the Marvel Cinematic Universe, starring Brie Larson in the lead — which will take place in present day, moving forward roughly two decades from the original's ‘90s setting. (We've already seen Captain Marvel in present day, thanks to her appearance in Avengers: Endgame.) Behind the scenes, WandaVision staff writer Megan McDonnell is in final talks to write Captain Marvel 2, and Marvel is looking for a female director to pair her up with. Captain Marvel 2 is expected to release in 2022.

Review: Captain Marvel Is No Match for Wonder Woman, and That's a Shame

The Hollywood Reporter was the first to bring word of a sequel to Captain Marvel being in the works, claiming that people familiar with the matter had told it that Captain Marvel directing duo Anna Boden and Ryan Fleck, who also co-wrote the 22nd MCU chapter, are not expected to return. Instead, they are in talks to direct an as-yet unknown Disney+ series. Disney-Marvel later confirmed that Captain Marvel 2 is indeed a go and that McDonnell was being eyed to pen the script. It didn't provide a title for the sequel or say who else would join Larson as part of the Captain Marvel 2 cast. Since there's no script in place, it's naturally too early for any of that.

Released in March last year, Captain Marvel starred Larson as Carol Danvers / Captain Marvel, Samuel L. Jackson as Nick Fury, Ben Mendelsohn as Talos, Djimon Hounsou as Korath, Lee Pace as Ronan the Accuser, Lashana Lynch as Maria Rambeau, Gemma Chan as Minn-Erva, Annette Bening as Mar-Vell / Dr. Wendy Lawson, Clark Gregg as Phil Coulson, and Jude Law as Yon-Rogg. The film was a bit formulaic and obscured itself by making its titular superhero amnesiac, but that didn't stop it becoming one of the biggest films of 2019 with a global box office total of $1.128 billion (about Rs. 8,031 crores).

Captain Marvel 2 might release in 2022 worldwide. Prior to that, we've at least six Marvel movies in Black Widow in April 2020, The Eternals in November 2020, Shang-Chi and the Legend of the Ten Rings in February 2021, Doctor Strange in the Multiverse of Madness in May 2021, a sequel to Spider-Man: Far From Home in July 2021, and Thor: Love and Thunder in November 2021.

ISRO Starts Work on Chandrayaan-3 Mission Ahead of 2021 Launch