Roth is known for his work in the horror genre. 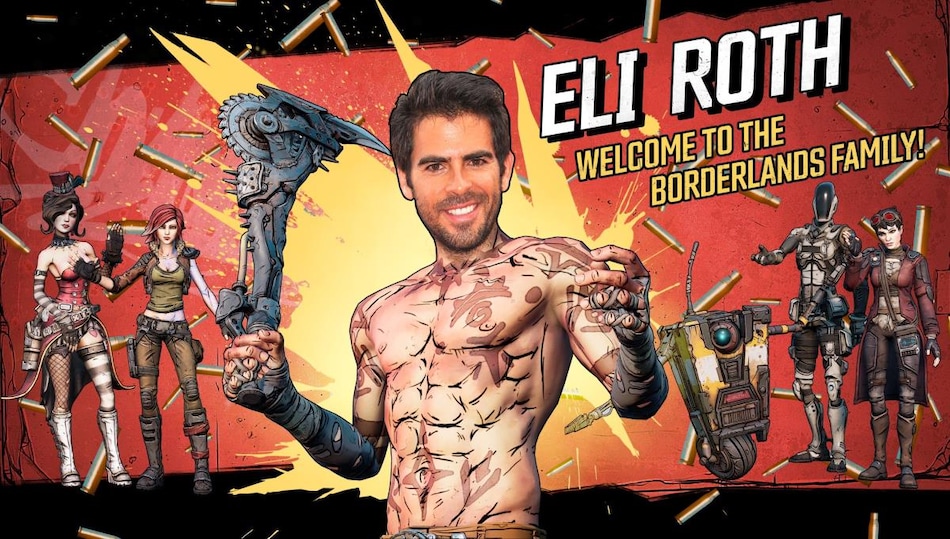 The Borderlands movie has found its director in Eli Roth, best known for his work in the horror genre, including the likes of Cabin Fever (2002), Hostel (2005), the Keanu Reeves, Ana de Armas-starrer Knock Knock (2015), the Bruce Willis-starrer Death Wish (2018), and the Jack Black, Cate Blanchett-starrer The House with a Clock in Its Walls (2018). Roth will work off a script by Craig Mazin, the Emmy-winning creator of Chernobyl. Roth has a penchant for delivering R-rated films — certified “A” here in India — so it'll be interesting to see how this proceeds. Filming will begin later this year on Borderlands, though no cast members have been announced yet.

Primarily set on the mineral-rich planet of Pandora, Borderlands follows ex-convicts working for interstellar mega-corporations who are left behind after the planet is deemed too dangerous and of little value. But a study of cryptic alien artefacts leads to a discovery of mythical Vaults, attracting a renewed interest from said corporations and a bunch of “Vault Hunters”. The Borderlands movie is said to only be vaguely similar. It will reportedly follow a legendary thief who has to rescue the daughter of a mega-corporation's CEO with the help of her bodyguard, “Vault Hunters”, and Claptrap, a small yellow robot that's become the de facto mascot of Borderlands.

The Borderlands movie has been in the works at Lionsgate since 2015. Avi Arad and Ari Arad are producing Borderlands, alongside Erik Feig of Picturestart. Borderlands franchise executive producer and Gearbox founder Randy Pitchford, and Take-Two Interactive CEO and chairman Strauss Zelnick will serve as executive producers on the film.

“I'm so excited to dive into the world of Borderlands and I could not be doing it with a better script, producing team, and studio,” Roth said in a prepared statement. “I have a long, successful history with Lionsgate — I feel like we have grown up together and that everything in my directing career has led to a project of this scale and ambition. I look forward to bringing my own energy, ideas, and vision to the wild, fun, and endlessly creative world of the game.

“Randy Pitchford and everyone at Gearbox have been incredibly supportive of my ideas – it really feels like a perfect storm of creators coming together. We are out to make a new classic, one which the fans of the game will love, but also one which will find new audiences globally.”

Pitchford added: “I'm incredibly proud we can bring this beloved video game to theaters for our fans around the world. Eli and Craig, already accomplished and remarkable visionaries, will be amazing stewards of Gearbox's innovative Borderlands characters and stories.”

“With Eli's vision and Craig's screenplay, we believe we have cracked the code on bringing the anarchic world of Borderlands to the big screen in a big way that will be a fresh, compelling and cinematic event for moviegoers and fans of the game,” Lionsgate motion picture group president Nathan Kahane said.