Maridueña’s Jamie Reyes will be the first Latino superhero for DC Extended Universe. 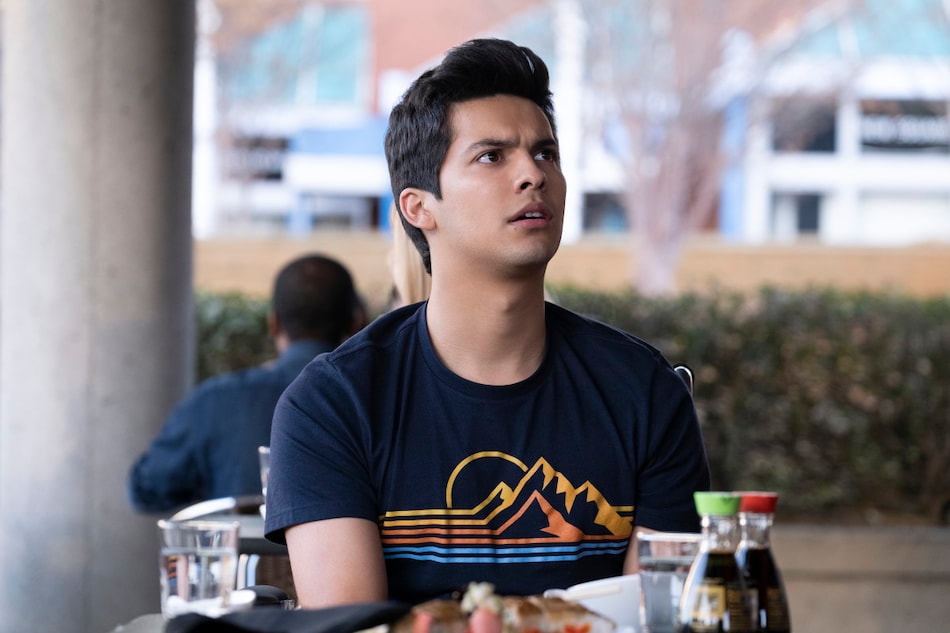 Xolo Maridueña might be DC's Blue Beetle. The 20-year-old Cobra Kai star is reportedly in talks to star in the lead role of Jaime Reyes/ Blue Beetle for the standalone DC movie that is being made for streaming platform HBO Max. Blue Beetle is set to be the first superhero movie for DC Films and Warner Bros. with a Latino character in the lead. Previously, it has had Latinx characters, including Jay Hernandez's Chato Santana/ El Diablo in 2016's Suicide Squad and Rosie Perez's Renee Montoya in 2020's Birds of Prey. Warner has also cast Latina stars Sasha Calle and Leslie Grace as Supergirl and Batgirl, respectively.

The Wrap first brought word of Maridueña's potential casting as Jaime Reyes/ Blue Beetle in the HBO Max film of the same name, with The Hollywood Reporter confirming that Maridueña is in negotations an hour later. In DC Comics, the Mexican-American Reyes is the third character to take on the Blue Beetle mantle — he gains his superpowers after an alien scarab bonds with his spine, sort of like the alien symbiote Venom. Reyes then uses his abilities to defend his hometown of El Paso, Texas. Created by Keith Giffen, John Rogers, and Cully Hammer, he debuted in comics in 2006.

Best known for playing the asthmatic Ecuadorian teenager Miguel Diaz on all three seasons of Cobra Kai — a fourth season is currently in production for Netflix — Maridueña got his start with the NBC family comedy-drama series Parenthood, where he joined in season 3 and was a main cast member for the following three final seasons. Maridueña's other credits include the Twin Peaks revival, the Rush Hour series, and Major Crimes. Maridueña has Mexican, Cuban, and Ecuadorian heritage.

Warner Bros. is aiming for a 2022/ 2023 release date for Blue Beetle. DC Films has a lot on its plate prior to that. James Gunn's soft reboot The Suicide Squad is out August 5 in India, followed by the Robert Pattinson-led Dark Knight reboot The Batman in March 2022, Dwayne Johnson-starrer anti-hero Black Adam in July 2022, the standalone The Flash movie with Ezra Miller, Ben Affleck, and Michael Keaton in November 2022, and Jason Momoa-led Aquaman and the Lost Kingdom in December 2022. There's also Shazam! Fury of the Gods in June 2023.

Movies around DC characters such as Batgirl (with Grace, and from directors Adil El Arbi and Bilall Fallah for HBO Max), Green Lantern, Hourman (from writers Gavin James and Neil Widener), Plastic Woman (from writer Cat Vasko), Static Shock (from writer Randy McKinnon), Supergirl (with Calle in the lead), Superman (from writer Ta-Nehisi Coates and producer J.J. Abrams), and Zatanna (from writer Emerald Fennell) are said to be in various stages of development. Lastly, Wonder Woman 3 with Gal Gadot and Patty Jenkins is also in the works.

Blue Beetle is expected to start filming in early 2022.

Maharashtra Board HSC Result 2021 (Class 12) to Be Announced Today at 4pm: How to Check Online