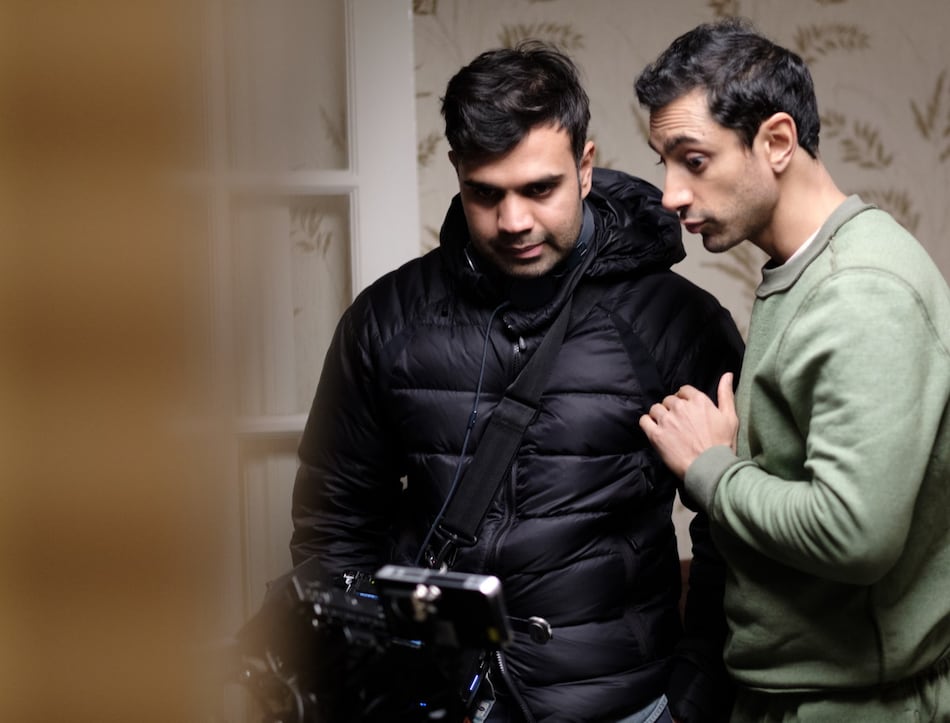 Bassam Tariq, Riz Ahmed on the sets of Mogul Mowgli

Blade has found its director. Marvel Studios is reportedly in talks with Bassam Tariq to helm the Mahershala Ali-led Marvel Cinematic Universe reboot of the iconic vampire hunter. The 34-year-old American director is best known for directing Mogul Mowgli starring Riz Ahmed. Like Ahmed, Tariq also has Pakistani ancestry — unlike Ahmed, Tariq was born in Karachi before moving to the US at a young age. On Blade, Tariq will work off a screenplay being written by Stacy Amma Osei-Kuffour, who has worked on Damon Lindelof's Watchmen, Amazon's Hunters, and HBO's Run.

Deadline brings word of Tariq's hiring as Blade director, noting that it was his vision for the MCU project that “ultimately won all parties over”. Marvel Studios began looking for a writer-director in autumn last year, the report claims, before switching to a strategy of a separate director and writer. Osei-Kuffour was hired in February. Post that, Marvel Studios narrowed its list of directors for Blade, Deadline adds, with meetings and presentations going on from March through June. With a star, writer, and director in place, Blade will now gear up for the next phase.

Filming isn't expected to being until July 2022 though, according to an earlier report. And it's not like Marvel is in any rush, since Blade isn't part of MCU's Phase Four. Moreover, its film schedule is packed tight anyhow until 2023. For the rest of this year, it has its first Asian lead in Shang-Chi and the Legend of the Ten Rings (September 3), Eternals from Oscar-winning Chloé Zhao (November 5), and the multiverse-spanning threequel Spider-Man: No Way Home (December 17). For those of us in India, there's also Black Widow (out elsewhere but “coming soon” to Disney+ Hotstar).

In 2022, we have four more Marvel movies. There's Doctor Strange in the Multiverse of Madness (March 25), the return of Natalie Portman alongside Guardians of the Galaxy in Thor: Love and Thunder (May 6), Ryan Coogler's Black Panther: Wakanda Forever (July 8), and Brie Larson's Captain Marvel, Teyonah Parris' Monica Rambeau, and Iman Vellani's Ms. Marvel in The Marvels (November 11). Two films have been dated for 2023 in Ant-Man and the Wasp: Quantumania (February 17), and James Gunn's Guardians of the Galaxy Vol. 3 (May 5).

While Blade is new to the MCU, this wouldn't be the first take on the character. Wesley Snipes played the dhampir in a trilogy of live-action movies for New Line Cinema: 1998's Blade, 2002's Blade II, and 2004's Blade: Trinity. The rights to Blade reverted to Marvel Studios by August 2012, and though discussions took place with Snipes to reprise his character, they were ultimately scrapped as the powers that-be wanted him to integrate into the MCU. The Blade reboot was announced at the 2019 San Diego Comic-Con, making Ali one of a few actors to play two different characters in the MCU.

Marvel has yet to set a release date for Blade.