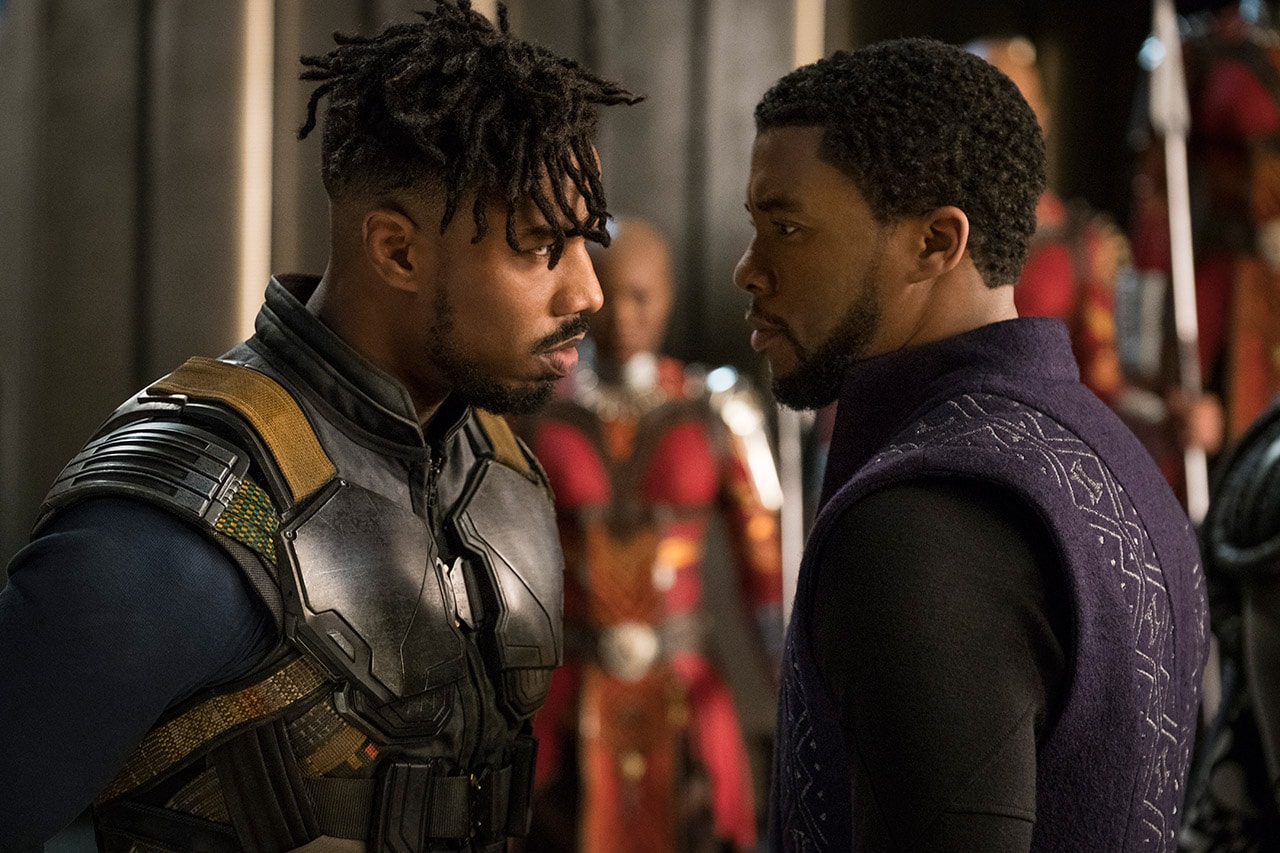 Erik Killmonger (Michael B. Jordan) and T'Challa (Chadwick Boseman) in a still from Black Panther

Marvel has released the first full trailer for Black Panther, the upcoming film starring the eponymous superhero (Chadwick Boseman) who was introduced in 2016's heavy-weight Captain America: Civil War. The story is set in his native Wakanda, the highly-advanced fictional African nation, where rival factions challenge his newfound rule post the events of Civil War.

The two-minute trailer does a great job of setting up the biggest players in Black Panther, including Boseman as T'Challa and Wakanda's new king, Michael B. Jordan as Erik Killmonger, an exile who wishes to overthrow T'Challa as he disagrees with his methods, and Lupita Nyong'o as Nakia, T'Challa's former lover and now a member of the Dora Milaje, an all-female special force that protects the Black Panther.

Martin Freeman's Everett K. Ross, a member of an anti-terrorism unit, and Andy Serkis' Ulysses Klaue, a black-market arms dealer, who have appeared in previous Marvel movies, are also seen in the new trailer. Black Panther also stars the likes of Forest Whitaker (The Last King of Scotland), Sterling K. Brown (This is Us), and Daniel Kaluuya (Get Out).

Directed by Ryan Coogler (Creed), and filmed by Rachel Morrison (Frutivale Station), the trailer gives us a glimpse at the visual imagery of Black Panther, with wide-open landscapes, stunning Wakandan technology including magnetically-levitated trains, the exquisite clothes the people of Wakanda wear, T'Challa's new suit, and an eye-popping night-time chase sequence set in Korea.

Black Panther is out February 16, 2018 worldwide, making it the eighteenth film in the Marvel Cinematic Universe. Before that, we will get Thor: Ragnarok on November 3, with the long-awaited Avengers: Infinity War following Coogler's film on May 4, 2018.