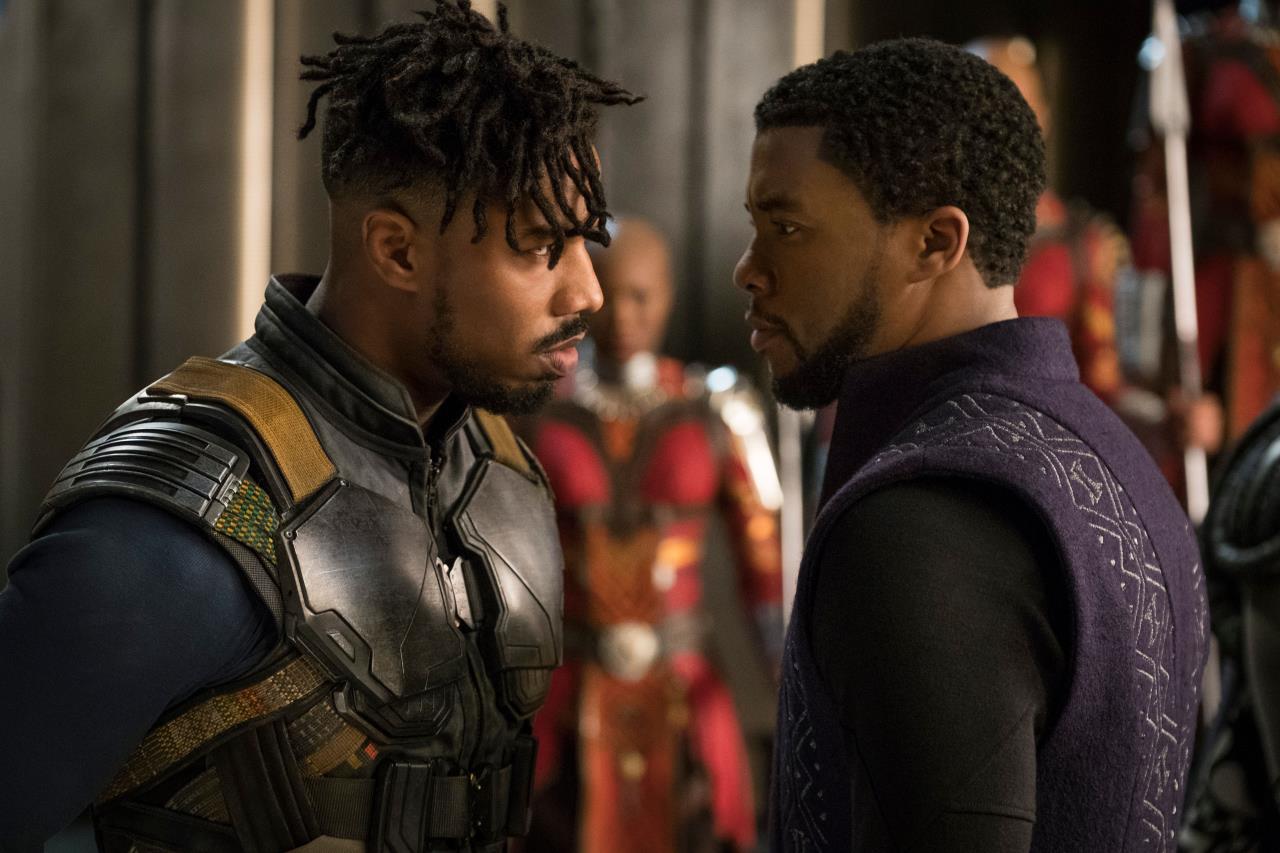 Michael B. Jordan as Killmonger, and Chadwick Boseman as Black Panther

Black Panther has crossed $1 billion at the global box office, becoming the fifth Marvel film to do so after The Avengers, Iron Man 3, Avengers: Age of Ultron, and Captain America: Civil War. The latest Marvel chapter – the first in the Marvel Cinematic Universe with an African-American in the lead – is now the 21st highest-grossing film of all-time, and should climb a few more steps given its performance over the weekend.

The domestic – international ratio of earnings for Black Panther tilts more favourably to US audiences, in comparison to the other $1-billion Marvel films, which makes sense since the film rests heavily on African-American culture. The international percentages for the four others are 59 percent or higher: The Avengers (59), Iron Man 3 (66.3), Age of Ultron (67.3), and Civil War (64.6).

Since its release, Black Panther has blown past most expectations. If the film can continue to perform strongly in the following weeks – in both the US and international markets such as China – it could potentially have a shot at crossing Captain America: Civil War and Iron Man 3, whose worldwide gross stand at $1.153 billion and $1.214 billion, respectively. The two Avengers films will be much tougher to crack: Age of Ultron is at $1.405 billion, while The Avengers leads with $1.518 billion.