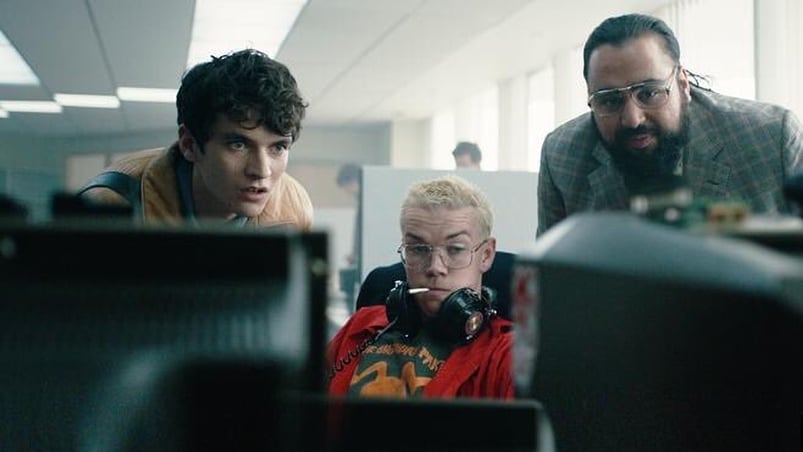 While Netflix is choosing to keep quiet, more details about the upcoming Black Mirror: Bandersnatch — which might be a choose-your-own-adventure episode and is likely out December 28 — have surfaced, including the cast, director and synopsis. Fionn Whitehead (Dunkirk), Will Poulter (We're the Millers), and Asim Chaudhry (People Just Do Nothing) are reportedly part of the cast, according to a new leaked photo, while David Slade (Breaking Bad, American Gods) is the director.

Here's the synopsis for Black Mirror: Bandersnatch, thanks to the Korea Media Rating Board and a translation provided by a Reddit user: “A young programmer makes a fantasy novel into a game. Soon, reality and virtual world are mixed and start to create confusion.” Given the video game mention, it seems to suggest that the ‘Bandersnatch' in the name likely refers to the abandoned British game being developed in the 1980s.

The KMRB rating page for Black Mirror: Bandersnatch is the source for Slade as director, and confirms Whitehead's casting in the upcoming episode. Slade also directed the season 4 episode, “Metalhead”. It also carries content warnings for extreme violence, and promotion of drugs. The previously leaked runtime of 5 hours and 12 minutes is also mentioned, and Reddit users have theorised that it's possibly “the aggregate running time of all the various story branches” if it's an interactive episode.

With Netflix not offering anything more than a blank title page for Black Mirror: Bandersnatch that refers to the first episode of the second season — the description reads “Be right back” — we will just have to wait for Friday, December 28 to learn what's going on.