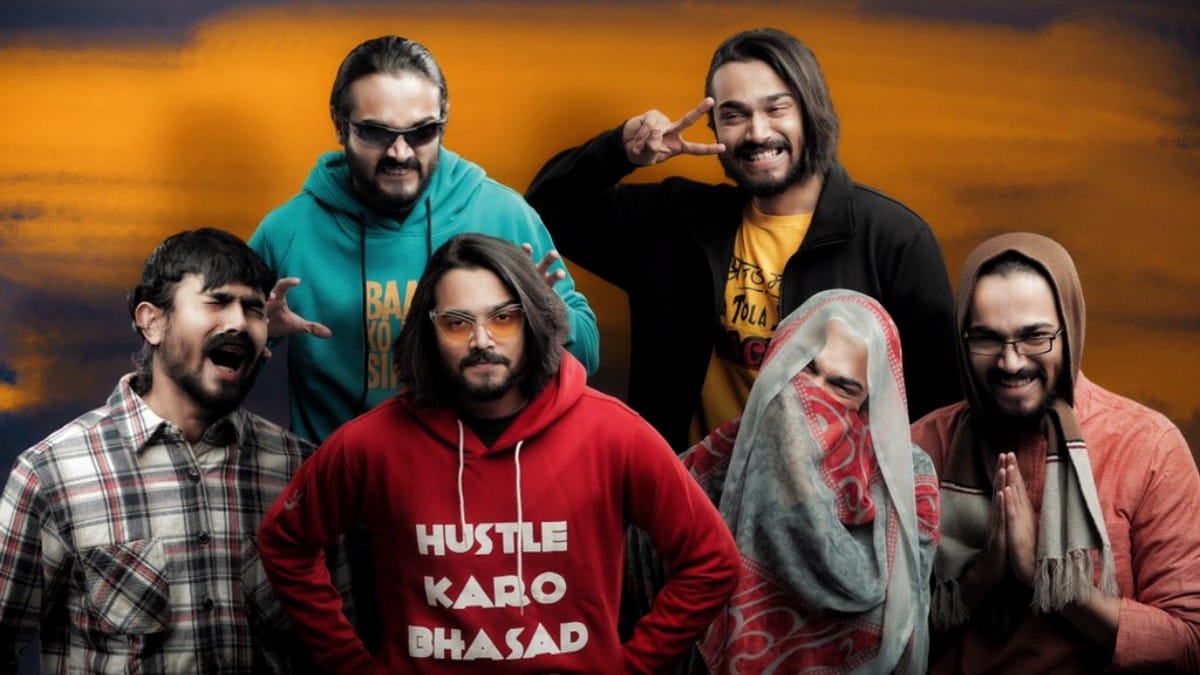 Mr. Hola, Titu Mama, Bancho, and Babloo Ji. These are among the many viral personas created and portrayed by a single man named Bhuvan Bam, who has garnered millions of fans with his BB Ki Vines videos on YouTube. Once an aspiring singer who used to perform at restaurants in his college days to make ends meet, Bam is now rubbing shoulders with the global elite at the World Economic Forum's Davos summit. Yes, an Indian YouTube comedian is making waves after attending an annual event where country premiers, top tech honchos, and world's top minds across fields such as science and economics brainstorm solutions for combating and negating threats to the world economy, global sustainability, human rights, and the environment, to name a few.

So, how did this happen? Well, 2020 marks the first time that the World Economic Forum has invited influential YouTube personalities to talk about a wide range of issues such as mental health, gun violence, and gender bias among other hot topics. In his own words, Bam's collaboration with the YouTube Impact Lab Initiative for a special about the importance of educating girls in India played a major role in him being invited to the coveted summit. Fellow Indian entertainment industry star, Deepika Padukone, was invited as a speaker to the prestigious event to talk about mental health issues after having suffered from depression herself and struggling out of it.

And even though Bam may not be a Bollywood star, his reach among the audience transcends borders. Bam's YouTube channel, BB Ki Vines, currently has over 16 million subscribers, and he was also the first solo Indian creator whose channel crossed the mark of 10 million subscribers milestone. His videos regularly attract millions of views, and one of the main reasons behind their popularity is how relatable the scenarios depicted, and the characters played by him, are.

From covering college mass bunk strategies to documenting a lower-middle-class man's day-to-day struggles, the satirical and comedic spin given to them by Bam strikes a chord with the audience every single time. Surprisingly, the first video that spiralled him into the world of online stardom went viral in Pakistan, and once he got going, new characters came into existence and so began his journey towards becoming one of the most popular YouTube stars in the country. And oh, his singing chops are also something worth checking out.

Bam has created characters with their own unique persona, all of which are portrayed by himself
Photo Credit: Twitter / @Bhuvan_Bam

Bam is especially popular among teens and adults in his age group, but his influence has transcended beyond just TV shows, award ceremonies, and YouTube specials. The self-proclaimed ‘Delhi Ka Launda' (a Delhi-bred young man) has a host of accolades in his name such as nabbing the Global Entertainer of the Year prize (2019) at the World Bloggers Awards in France, Most Popular Channel on YouTube victory at the WebTVAsia Awards in South Korea, and the Entertainer of the Year win at 2019's Official Instagram Awards in Mumbai.

But the most impressive aspect of Bam's personality is his creative genius and the one-man approach towards making his videos. Bam has created more than 10 unique characters, each with its own peculiar tone and personality, all of which are played by himself and are shot on a phone. The short videos of 2-10 minute length are now extremely popular and have become meme material. His popular quotes have become cool catchphrases among college-goers, they can be found on tees and sweatshirts, painted as graffiti, and whatnot. Needless to say, Bam is no longer a comedian who calls YouTube his home, and his Davos call up is a testimony of his meteoric rise as the country's most popular YouTuber with venerable star power and a huge fanbase.