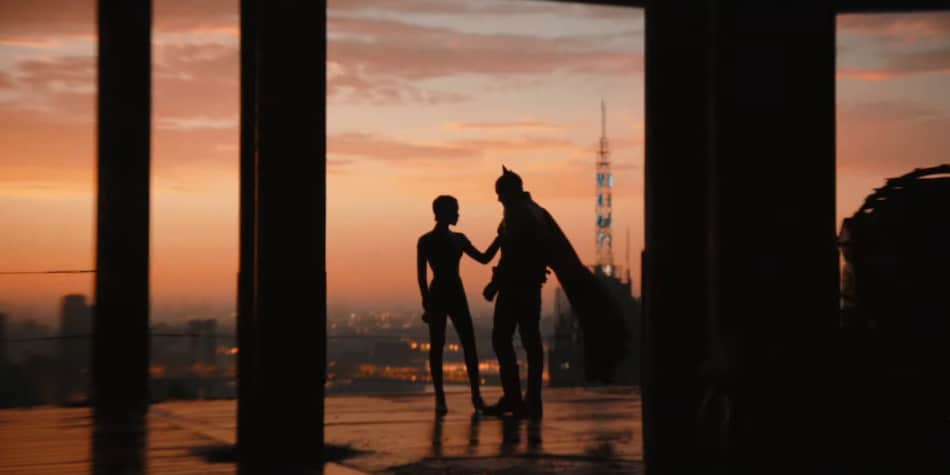 Zoë Kravitz as Catwoman, Robert Pattinson as Batman in The Batman trailer

The Batman trailer is here — in English, Hindi, Tamil, and Telugu. At DC FanDome on Saturday, Robert Pattinson the new Batman, Zoë Kravitz the new Catwoman, and The Batman writer-director Matt Reeves unveiled a new trailer for the upcoming standalone reboot of the Dark Knight. “The delineation between when he's Batman and when he's Bruce is not very clear”, Pattinson said at DC FanDome. The new The Batman trailer gives a proper look at Gotham City and teases the action sequences. The Batman trio spoke extensively about the film before they debuted the new trailer. We also get a featurette alongside that set up the world that this version of Batman lives in, with Pattinson, Kravitz and Reeves talking in it.

Gotham City cops apprehend the Riddler (Paul Dano) at the start of the new The Batman trailer. “Fear is a tool,” Batman (Pattinson) says later, before we see him go ballistic on some criminals. Riddler says he's been trying to reach Batman. Elsewhere, he meets Selina Kyle (Kravitz). His butler Alfred Pennyworth (Andy Serkis) warns him that there's not much left for him if he goes down this path. Batman vows that he's vengeance, before The Batman trailer descends into a flurry of action.

Behind the scenes, Reeves directs The Batman off a screenplay he co-wrote with Peter Craig (The Hunger Games: Mockingjay – Part 2). Greig Fraser (Rogue One: A Star Wars Story) serves as the cinematographer. On The Batman, Reeves reunites with War for the Planet of the Apes collaborators, including celebrated composer Michael Giacchino, and editor William Hoy (who edited the DC film with Tyler Nelson).

Reeves is also a producer on The Batman with Dylan Clark. The Batman is a production of Reeves' 6th & Idaho, DC Films, and Dylan Clark Productions. Warner Bros. Pictures is the global distributor. The Batman was made on an estimated budget of $100 million (about Rs. 750 crores).

Though The Batman is technically the next DC movie, it's not part of the DC Extended Universe — the shared universe that encompasses the likes of Shazam! and Wonder Woman. The DCEU does have three titles in 2022 though: Dwayne Johnson-led Black Adam in July 2022, The Flash with Ezra Miller, Ben Affleck and Michael Keaton in November 2022, and Jason Momoa-led Aquaman and the Lost Kingdom in December 2022. Shazam returns in Shazam! Fury of the Gods in June 2023.

The Batman releases March 4, 2022 in cinemas in India (in English, Hindi, Tamil, and Telugu) and around the world.