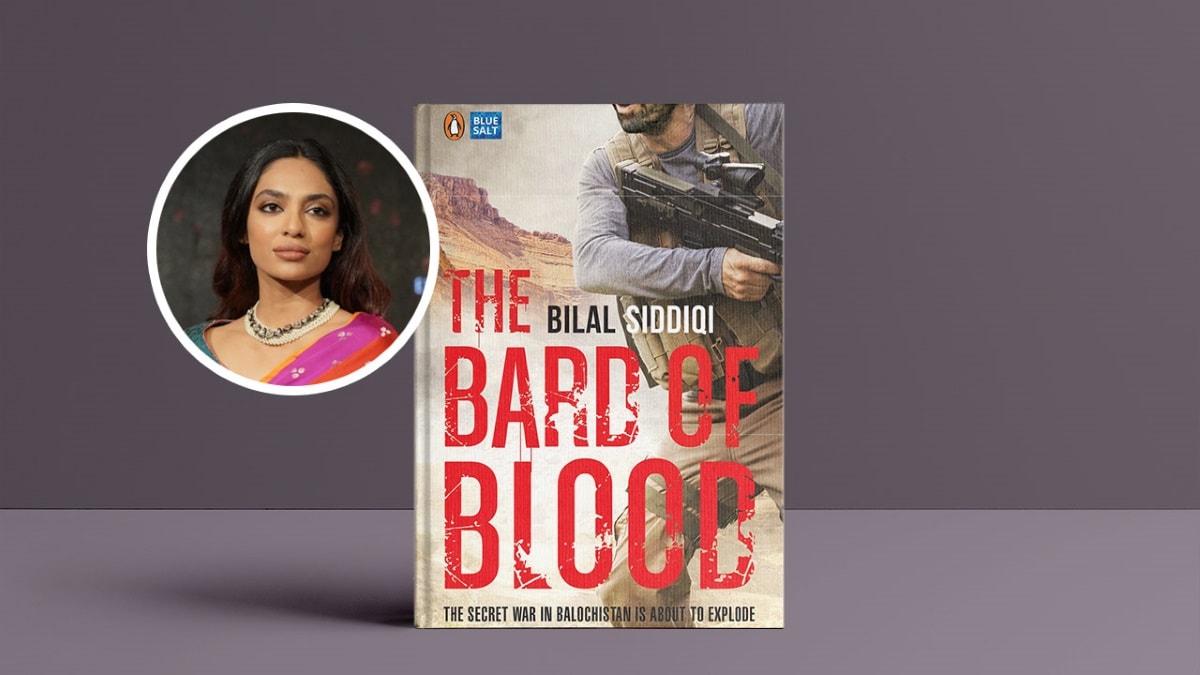 (inset) Sobhita Dhulipala at an event for Made in Heaven

Netflix's upcoming Indian original series Bard of Blood will likely release in August-September this year, actress Sobhita Dhulipala (Made in Heaven) has revealed. Dhulipala stars alongside Emraan Hashmi (Once Upon a Time in Mumbaai), Vineet Kumar Singh (Mukkabaaz), and Kirti Kulhari (Pink) on the thriller show. Based on Bilal Siddiqi's 2015 book of the same name, Bard of Blood is a production of Shah Rukh Khan-founded Red Chillies Entertainment. Ribhu Dasgupta (Te3n) has directed Bard of Blood, Dhulipala confirmed, on which she finished filming a few weeks ago.

“I think it's going to come out in August or September this year,” Dhulipala said in a new interview. The 26-year-old actress broke through with her role in the Anurag Kashyap-directed Raman Raghav 2.0 in 2016 and then starred in the 2018 Telugu film Goodachari. She's best known for her leading role of Tara Khanna in the Amazon Prime Video series Made in Heaven, which premiered back in March.

Dhulipala said that Bard of Blood is “different from everything she has done” before, given the series' action chops. The Netflix series apparently recreated parts of Afghan terrain, per Dhulipala, given its partial setting in the Pakistani province of Balochistan. Her role involved wearing a burqa and working alongside machine guns on a “seven-day mission” that likely informs Bard of Blood's plot.

Bard of Blood is one of two collaborations between Netflix and Red Chillies, in addition to the in-production film Class of ‘83, starring Bobby Deol (Humraaz) and Annup Sonii (Crime Patrol), which is being directed by Atul Sabharwal (Aurangzeb). Class of ‘83 is based on S. Hussain Zaidi's upcoming book of the same name.

For Netflix, Bard of Blood is one of several Indian original series slated for 2019, alongside dystopian sci-fi drama Leila that has a June 14 release date, Sacred Games season 2 likely in July, given the first season aired that month last year, and possibly Baahubali: Before the Beginning and Kahaani writer-director Sujoy Ghosh's haunted-house series Typewriter later in the year.

There are several other shows in the works, including young adult murder mystery Crocodile, and an adaptation of Salman Rushdie's 1981 novel Midnight's Children.

Here's the official description for Bard of Blood, from Netflix:

“Kabir Anand is settling into his new life as a Shakespeare professor in the remote mountains of Panchgani when a call from the [Prime Minister's Office] thrusts him back into the world he is trying to forget. A brilliant agent who served under the recently murdered Sadiq Sheikh, Kabir was expelled from RAW because of a disastrous mission in Balochistan ten years prior. Kabir must now revisit those ghosts, avenge his mentor and face his deadliest enemies back in Balochistan while racing against time to save both his country and his long-lost love.”

Bard of Blood will likely premiere in August-September on Netflix worldwide. In a statement to Gadgets 360, Netflix said it didn't have anything to share at this point.