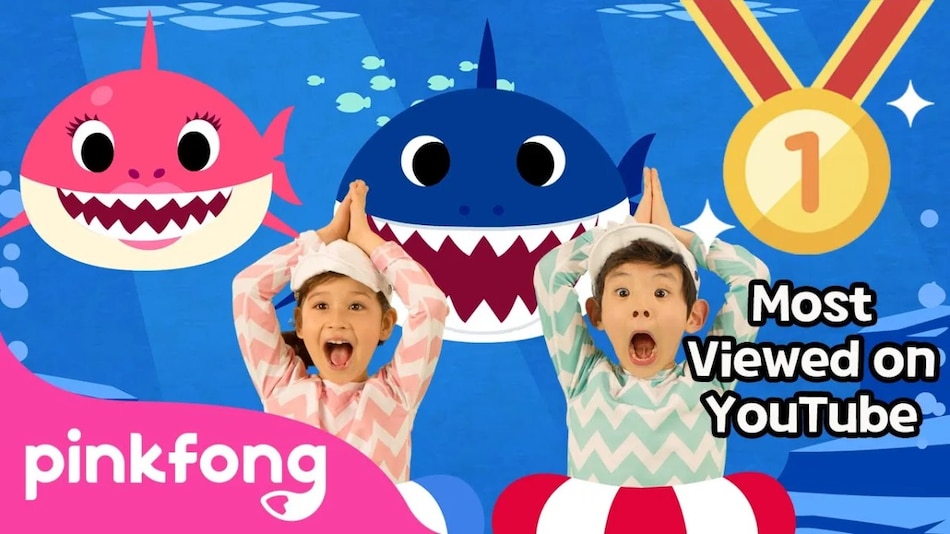 It's a children's song, but if you have also been humming Baby Shark Doo Doo Doodoo Doodoo all day long, we don't blame you. Fun and catchy, Pinkfong's "Baby Shark" has hit a huge milestone. On January 13, it became the first video in the history of YouTube to hit 10 billion views. With this, the gap has further widened between "Baby Shark" and the second most-watched video on YouTube, Luis Fonsi's "Despacito" (7.7 billion views).

Produced by South Korean educational entertainment firm Pinkfong, "Baby Shark" features the voice of Korean-American singer Hope Segoine. The song was released in 2016. In November 2021, the song had been viewed 7.04 billion times, making it the most viewed video on YouTube at that time.

After the song reached the 10-billion milestone, Pinkfong asked kids across the world to share their “Baby Shark Dance moments” to commemorate the “special milestone.”

The song's popularity has only grown over time. On January 12, 2019, the song debuted at the 32nd spot on the Billboard Hot 100, its highest position yet.

"Baby Shark" has even spread its fins into a Nickelodeon pre-school series called Baby Shark's Big Show in 2021. Nickelodeon also stated that a feature film based on "Baby Shark" was in the works.

"Baby Shark" has attracted a plethora of celebrity fans too. With the support of Sophie Turner and Josh Groban, James Corden performed the song in 2018. Bebe Rexha, John Legend and his daughter Luna, Celine Dion, and others covered it a year later, in 2019.

The Washington Nationals, an American professional baseball club, adopted the song as their rallying cry. In December 2021, an NFT collection based on Baby Shark was also launched.