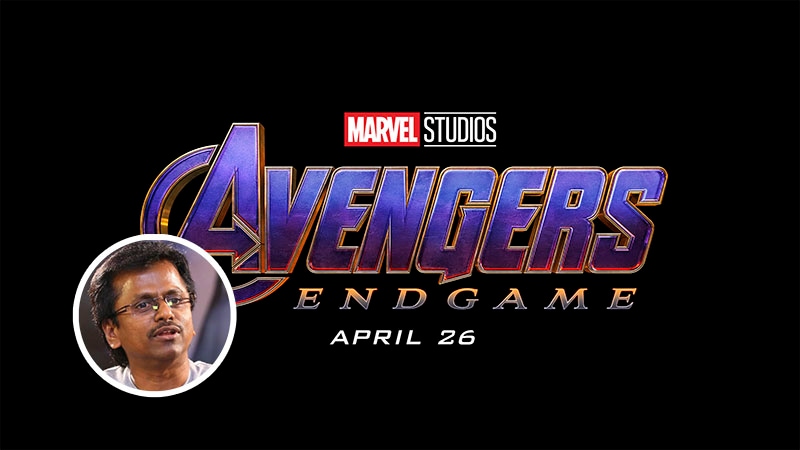 Avengers: Endgame has tapped A.R. Murugadoss — the award-winning writer-director behind films such as 2014's Kaththi and 2008's Ghajini — to script the Tamil-language version of the highly-awaited Marvel movie, Disney India has announced. As with most other Marvel chapters, Avengers: Endgame will release in India in English, Hindi, Tamil, and Telugu. Disney India has yet to find writers for Hindi and Telugu versions of Endgame, which is out April 26, 2019 worldwide.

Local-language versions are crucial to an international blockbuster's success in India, where tickets of the dubbed versions reportedly regularly outpace those of the original English edition. Endgame's predecessor, Avengers: Infinity War, was so well-received by Hindi-speaking audiences that Disney India decided to re-release the film's Hindi-language dub several months after release, which was hitherto unprecedented.

Murugadoss is best known for his action films in the Tamil and Telugu film industry, which he tends to remake himself in Hindi at times. He did so with 2005's Ghajini, bringing in Aamir Khan for the 2008 remake that won Murugadoss a couple of guild awards, and 2012's Thuppakki, which was remade as Holiday in 2014 with Akshay Kumar. The 44-year-old Murugadoss won the Filmfare Award for Best Director for his work on the 2014 action drama Kaththi.

Avengers: Endgame is out April 26, 2019 in India and across the world.