Robert Downey Jr., Chris Evans, and others appeared via video. 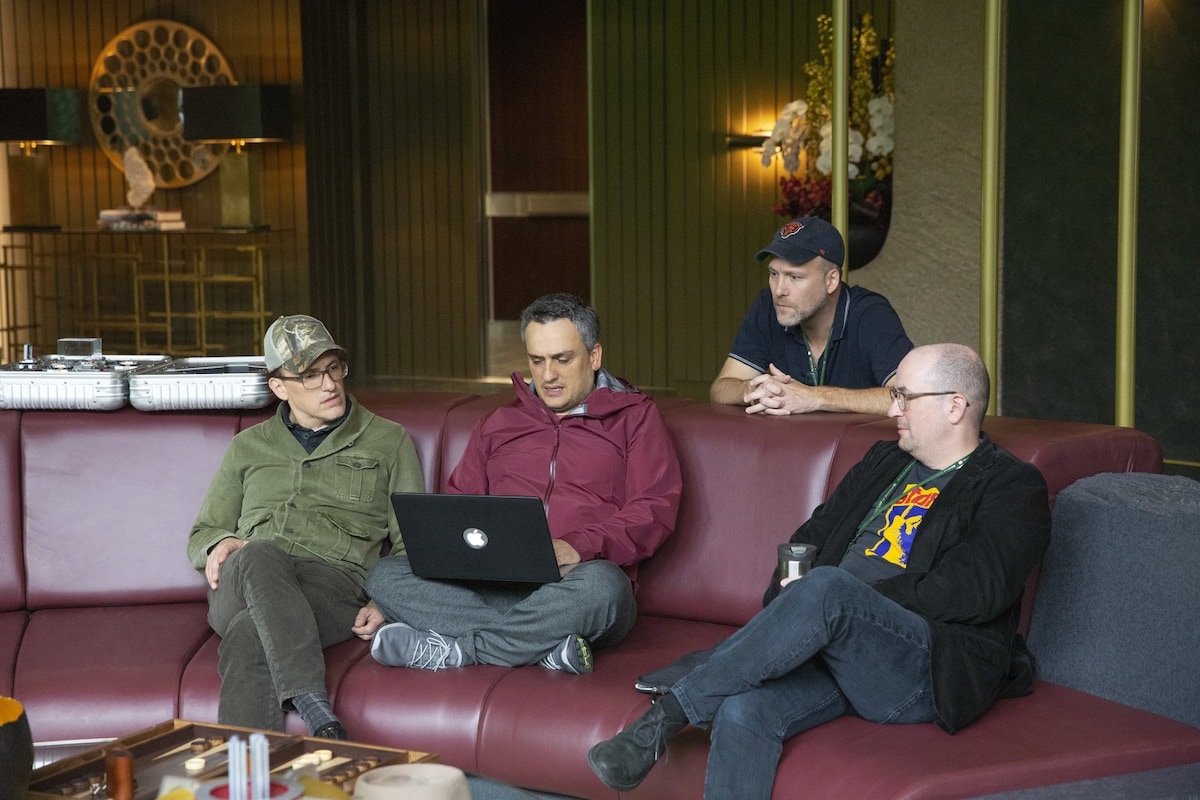 The directors and writers of Avengers: Endgame

Avengers: Endgame directors Joe and Anthony Russo followed their writing counterparts at San Diego Comic-Con 2019 on Friday, but had precious little to add to what they haven't already said over the past several months on tour for the gigantic Marvel Cinematic Universe chapter. They entertained “fan questions” from cast members Mark Ruffalo, Chris Evans, Chris Hemsworth, Paul Rudd, and Robert Downey Jr., Tom Holland, and Chadwick Boseman. They talked about their next feature projects at their studio AGBO. And they reiterated their love for Secret Wars.

“Our run at Marvel was one of the best creative times,” Joe said at Comic-Con, when asked about Secret Wars. “We would love to work with Marvel again and maybe that's on Secret Wars. That's a favourite of ours when we were young, and I read it in a whole sitting when I was 12.” Pressed on how big Secret Wars would be, the Russo brothers said it could be a four- or six-part film, given how big the comic book series is.

For now though, they will be doing indie films, some of which involve the Avengers (cast). Their next film is about the opioid crisis and will be set near their Ohio hometown. It's called Cherry and it stars Holland. Meanwhile, Boseman is working with the Russo brothers on 21 Bridges, in which he plays a detective investigating the killing of eight police officers. They are also working with Michael B. Jordan on a new adaptation of The Thomas Crown Affair.

Unlike Endgame writers Christopher Markus and Stephen McFeely, the Russo brothers didn't have much to say about the Avengers films. They did note that Ruffalo and Anthony Mackie — who play the Hulk and the Falcon, respectively — took the most takes. Ruffalo allegedly gets lost in his performance, while Mackie makes a lot of jokes on set. And who takes the least number of takes? That would be Scarlett Johansson. “That's why she's Black Widow,” the Russos joked.

For the directors, Avengers: Infinity War was the most stressful Marvel movie because it came right before Endgame, while Captain America: The Winter Soldier was the least stressful. It was their first.

Beyond that, the Russo brothers Comic-Con panel was quite silly largely. One-by-one, the Avengers appeared via video in Hall H at San Diego to ask questions. Ruffalo wondered if the new Smart Hulk was now the smartest and the strongest Avenger. Joe asked the crowd, who gave the award to Tony Stark, and Anthony said his daughter would say Shuri, from Black Panther.

Evans asked what Cap did after his dance with Peggy Carter at the end of Endgame. “Make a baby?” the Russos said, before running a laundry list of things that audiences have seen in the MCU: save Bucky, find himself in the ice, and more.

Hemsworth was even sillier, as he continued his Endgame dialogue about whom would make a better leader — him or that Peter “Quail” guy — and then proceeded to answer his question, before thanking the Russo brothers for picking him and leaving.

Rudd was interested in knowing which Chris has “best America's ass”, given the number of Chris-es in the MCU. The Russos let the crowd cheer for the answer, and Evans' was the loudest.

Downey Jr. wanted to know how Stark had changed between his “I am Iron Man” statements at the end of Iron Man and at the end of Endgame. The Russo said he's a father now and he knows there's a bigger purpose than him.