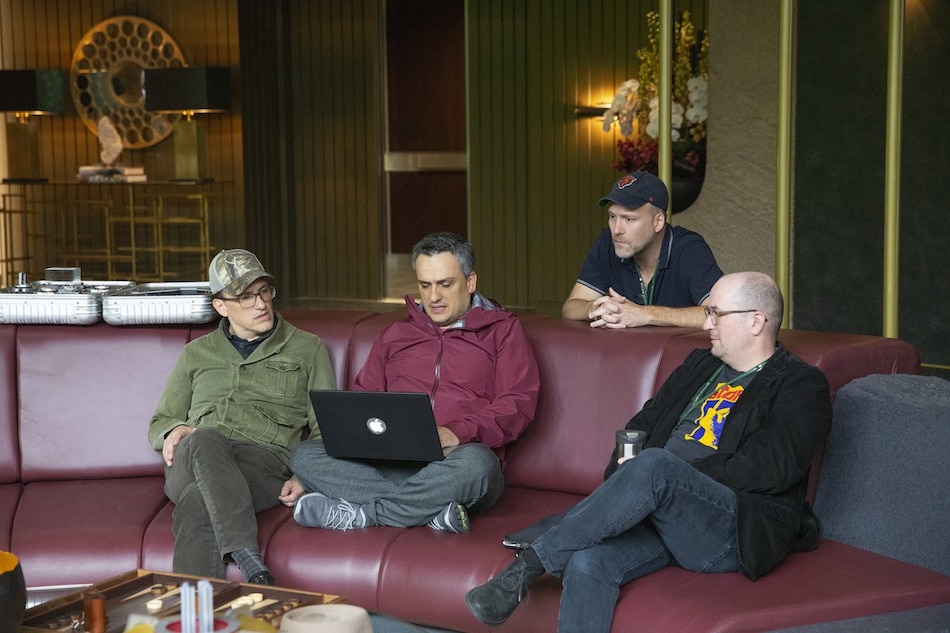 (From left) Anthony and Joe Russo working on Avengers: Endgame

Avengers: Endgame directors Anthony and Joe Russo have announced a live re-watch party for the Marvel Cinematic Universe's biggest movie, to celebrate the first anniversary of its release. The Russo brothers will share their musings and behind-the-scenes info live on both Twitter and Instagram, possibly alongside some “special guests”. They will be available on Instagram for the first hour, while the tweets will go on for all three hours of Endgame's runtime. The Russos' Endgame re-watch live stream party begins April 28 at 4:30am IST. Endgame released April 26, 2019 in India and elsewhere.

In a caption on the Russo brothers' official Instagram, alongside a photo of Thor's mighty ol' hammer Mjolnir, they wrote: “In honour of the 1-year anniversary of Avengers: Endgame, re-watch the film along with us TOMORROW (4/27) starting at 4pmPT/7pmET. We will be LIVE tweeting throughout the entirety of the film and we will be LIVE on IG for the first hour. We may even have a special guest popping by on IG… Join us by using #AvengersAssemble. Who's in?”

To watch Endgame alongside the directors, you can stream it on Disney+ Hotstar, as is the case for nearly all other Marvel movies.

Thor: Ragnarok director Taika Waititi did something similar earlier in April, where he shared first details and concept art for Thor: Love and Thunder — slated to release in 2022 — while having fun with Ragnarok cast members Mark Ruffalo (Bruce Banner/ Hulk) and Tessa Thompson (Valkyrie).

This past Friday saw the Russo brothers' latest project, the Netflix action-thriller Extraction, with Thor star Chris Hemsworth. Their next directorial venture is the crime drama Cherry. Set near their hometown of Ohio, it's about the opioid crisis and has Spider-Man star Tom Holland in the lead. Cherry is said to be in post-production and might end up on Netflix. They are also working on the Amazon series Citadel, which stars Priyanka Chopra Jonas and Richard Madden in the lead.