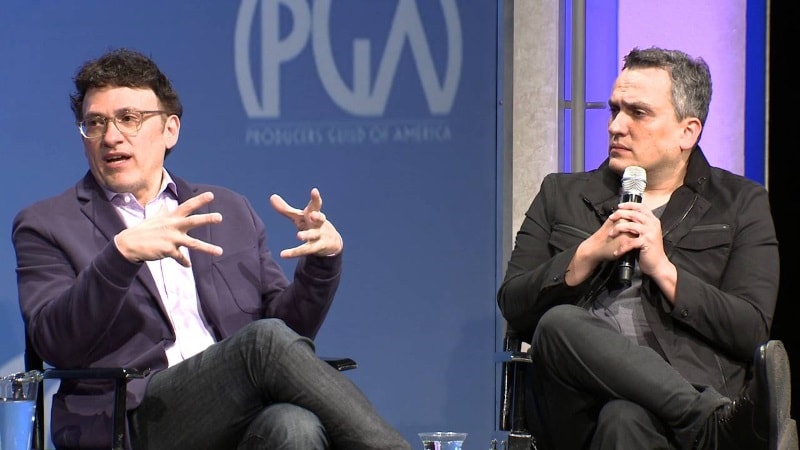 At the ongoing 2019 Television Critics Association press tour in California, Amazon Prime Video revealed more details about the Russo brothers' — best known for directing Avengers: Infinity War and the upcoming Avengers: Endgame — ‘global event multi-series', which was first announced back in June last year. Amazon Studios head Jennifer Salke said that the first TV show in the franchise would be “an action-packed, character-driven spy series, with a compelling emotional centre” that would be followed by “multiple, connected local-language series”, with the first two set in India and Italy. Local showrunners will get to work on those spin-offs, which will focus on the spies' double lives.

“Those shows will be under the umbrella of the Russos and creative team but have their own local team of creators and writers executing those shows,” Salke said at the event. “They are organic and appealing to the local market there, but they will inform and be part of the greater global show that is an English-speaking global spy series. We just think that soon there's a world that these hit shows can come from anywhere. They can break through and come from countries where English is not the language.”

“I'll give you an example, I'm making this up,” Salke told TheWrap later, expanding on how the shows will connect. “So say there's an Indian show you watch, a show you love in India, and it's about an Indian doctor and she's married to a guy and they have three children, and you realize that she's being followed, and then you find out she's actually living a double life. So you start following that thread of that story, but that character actually exists in the big show. So you're taking people — without giving away too much of the concept — you're taking people's lives, their real lives that they're living every day, and then this other life that they have as these spies. And so you're going to be seeing that they live sort of in two spaces. But each thing can stand on its own, but they'll feed into each other.”

Salke added that there will be “two more [spin-offs] at least” that will join their Indian and Italian counterparts, and that production will begin later this year on the entire thing.

The main “international tentpole” show is slight reminiscent of Jack Ryan, which is also on Amazon, though this is clearly much broader in concept. It has already landed its creative team: Josh Appelbaum, André Nemec, Scott Rosenberg, and Jeff Pinkner will work as writers and executive producers alongside Joe and Anthony Russo. Appelbaum and Nemec wrote the 2014 film reboot Teenage Mutant Ninja Turtles, having previously worked together on J.J. Abrams' Alias from 2003-05, Zoo from 2015-17, which they co-created, and the 2018 Netflix series Everything Sucks!. Rosenberg worked on both Zoo and Everything Sucks!, and Pinkner — a veteran on Fringe — worked with the other three on Knightfall.

The four — Appelbaum, Nemec, Rosenberg, and Pinkner — are behind the production label Midnight Radio, which has an overall deal with the Russo brothers' own independent label AGBO Studios. Together, they will assemble “a diverse international team” to produce the as-yet untitled project, which Amazon describes as “the first truly global television franchise”. Joe and Anthony will direct multiple episodes of the main series, including the pilot.

This Amazon ‘global event multi-series' will mark the TV return of the Russo brothers, who got their start on the small screen with Arrested Development — winning an Emmy in 2004 — and Community.