Avatar: The Way of Water to Release in India in English, Hindi, Tamil, Telugu, Kannada, Malayalam

The second Avatar movie will hit cinemas in India on December 16. 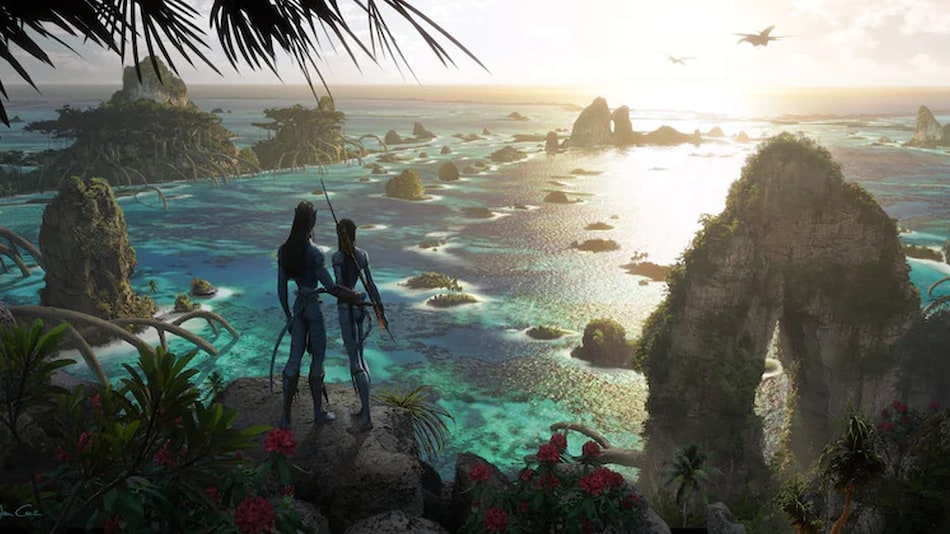 The title of the Avatar sequel was revealed to be Avatar: The Way of Water towards the end of April

Avatar: The Way of Water — James Cameron's much-awaited sequel to his 2009 blockbuster film Avatar — is set to additionally release in Hindi, Kannada, Malayalam, Tamil, and Telugu in India. Gadgets 360 has learnt that Avatar: The Way of Water will hit cinemas in India in six languages, including English. The sci-fi adventure movie, which comes from Disney-owned 20th Century Studios will release theatrically worldwide on December 16. The official title of the Avatar sequel was only revealed a few days ago, and the Avatar: The Way of Water teaser trailer will play in front of Doctor Strange in the Multiverse of Madness, which hits theatres on Friday, May 6.

In 2009, Avatar had hit the big screens in India in Hindi, Tamil, and Telugu along with English. Avatar: The Way of Water will release in two more Indian languages, namely Kannada and Malayalam. Terminator: Dark Fate (2019) was the first movie by 20th Century Studios — then Fox Star India — to release in the six aforementioned languages. Disney started releasing its movies in six languages in India with Black Widow.

The title of the Avatar sequel was revealed to be Avatar: The Way of Water towards the end of April at CinemaCon 2022. Appearing via video, Cameron also unveiled the first trailer for the second Avatar movie at CinemaCon, which will be played in front of Doctor Strange in the Multiverse of Madness screenings globally. The Avatar: The Way of Water trailer will be accompanied by the recent Thor: Love and Thunder teaser trailer, Gadgets 360 can confirm.

Cameron has mapped out four Avatar sequels — which will release in alternate years beginning with Avatar: The Way of Water, arriving 13 years on from the first movie that holds the distinction for the highest-grossing movie of all time. Following Avatar: The Way of Water on December 16, Disney has slated Avatar 3 for December 20, 2024, with Avatar 4 coming December 18, 2026, and Avatar 5 finally on December 22, 2028.

Avatar: The Way of Water