Avatar 2 Concept Art: 4 New Images Give Us Our First Look at Long-Delayed Sequel 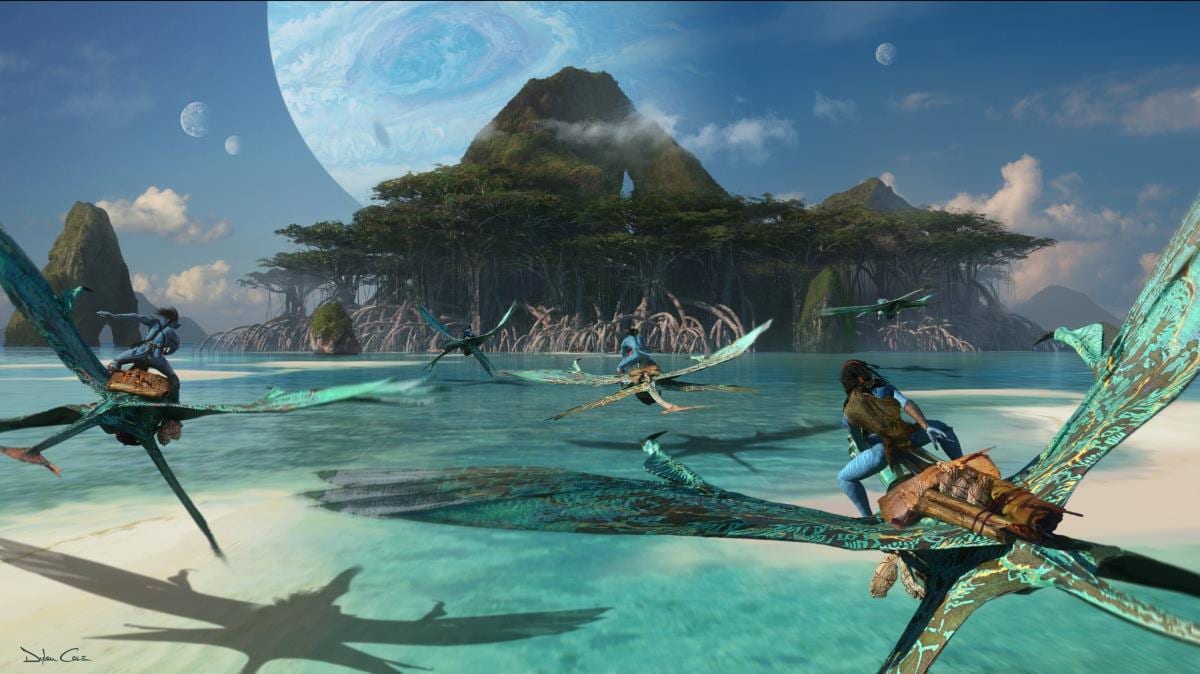 We're still around two years away from release, but Disney-Fox have decided to unveil four pieces of concept art for Avatar 2, the long-delayed sequel to James Cameron's epic sci-fi fantasy original that became the highest-grossing movie upon its release in 2009. (It was overtaken by Avengers: Endgame last year, not accounting for inflation.) Each of the four new Avatar 2 images prominently feature water bodies, in line with how Cameron has been vocal that he will explore underwater worlds in the Avatar sequels — four of them currently have release dates, from 2021 through 2027.

“In the Avatar sequels, you won't just return to Pandora — you'll explore new parts of the world,” Avatar's official social media accounts said Tuesday in a caption, attaching four photos that feature the Na'vi, the bird-like mountain banshees, the world of Pandora, and other planets visible in the sky. In the fourth and final Avatar 2 concept art, a new creature capable of swimming can be spotted.