Filming was possible thanks to an early respite from COVID-19 in New Zealand. 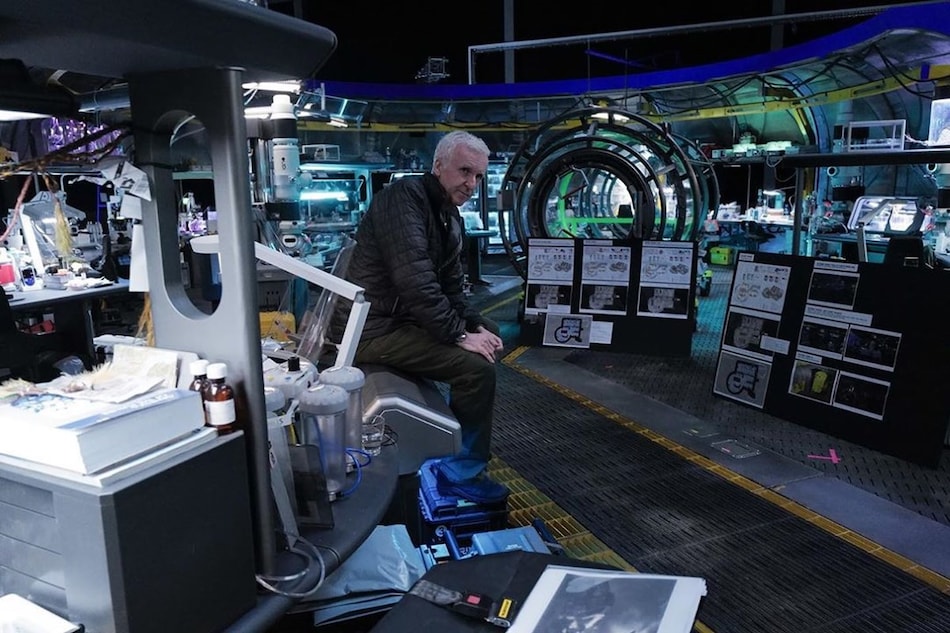 James Cameron on the sets of Avatar 2

Avatar 2 has wrapped production and Avatar 3 is largely done filming, director James Cameron has revealed. In a video conference chat with Arnold Schwarzenegger for the 2020 Austrian World Summit last week, Cameron said that live-action production is “100 percent complete” on Avatar 2 and around “95 percent complete” on Avatar 3. The Avatar sequels have been filming in New Zealand since June and have been fortunate enough to resume the earliest since the island nation was successful in combating COVID-19.

“Well, COVID hit us like it hit everybody,” Cameron told Schwarzenegger when he asked for an update on the Avatar sequels production. “We lost about four and a half months of production. As a result of that, we've rolled around one more full year for a release in December of 2022. That's been announced already.”

Here's the full conversation between Cameron and Schwarzenegger. The Avatar discussion begins around the 9:30 minute mark.

“Now that doesn't mean I have an extra year to finish the film because the day we deliver Avatar 2, we'll just start working on finishing Avatar 3,” Cameron added. “So where we are right now, I'm down in New Zealand shooting, we're shooting the remainder of the live-action. We've got about 10 percent left to go. We're 100 percent complete on Avatar 2 and we're sort of 95 percent complete on Avatar 3.

“We're very lucky in that we chose this as our production site years ago. We made the first film here in New Zealand and it turns out to be one of the — it's ranked either the first or second best country in the world for its COVID response.”

Cameron and fellow Avatar producer Jon Landau went back to New Zealand in June, after the government had gotten a grip on the virus and allowed film productions to resume under a special scheme that exempted crew members from the restrictions on crossing the New Zealand border.

“We're able to operate,” Cameron said. “We're able to shoot and have a more or less normal life here. We were very fortunate, so I don't see any roadblocks to us getting the picture finished, getting both pictures finished.”

New Zealand had a second COVID scare in August after an outbreak in the most populous city of Auckland brought about new restrictions across the country, but they have since been relaxed, with the exception of Auckland itself.

As for what's in Avatar 2 and Avatar 3, Cameron wouldn't be drawn out on any details: “I can't tell you about the story. I can't give you any big scoops. You're certainly welcome as an individual to come anytime and I'll show you everything. But in terms of what I can release, I believe in the mystery and the great reveal.”

Samsung Galaxy M42, Galaxy M12s Tipped to be Under Development, Could Launch Soon