Artemis Fowl Trailer: Disney’s Men in Black With Boy Genius Releases in May

Delayed from last year, the Disney movie arrives in a few months. 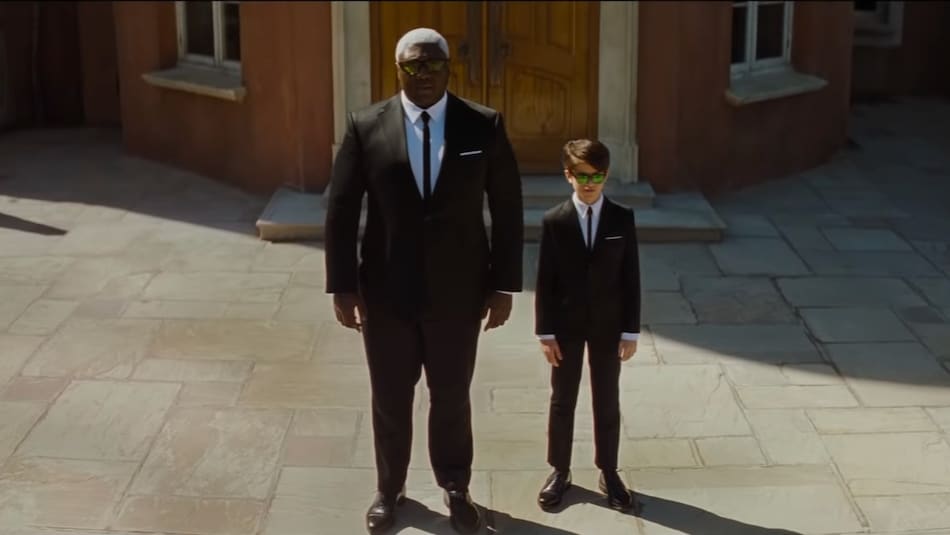 Butler and Artemis in the new Artemis Fowl trailer

Disney has released a new trailer for Artemis Fowl, the sci-fi fantasy adventure movie based on Eoin Colfer's book series of the same name, from director Kenneth Branagh (Murder on the Orient Express). The new Artemis Fowl trailer sets up the 12-year-old Artemis Fowl II's (newcomer Ferdia Shaw) high-intelligence credentials, who's left behind by his father Artemis Fowl I (Colin Farrell) because he “has an important thing to do.” But after the dad goes missing and is implicated in “some of the biggest robberies ever”, the boy learns about the work his father does: a secret agent who keeps “mankind safe from the dangers of another world.”

Thankfully, the inexperienced Artemis Fowl has a bit of a help from a “talented giant dwarf” named Mulch Diggums (a largely unrecognisable Josh Gad) and an elf called Holly Short (fellow newcomer Lara McDonnell) who's his “ally on the other side.” His mission? “Save my father [and] save the world.” The film's plot is based on the first two of the eight novels in the series, 2001's “Artemis Fowl” and 2002's “Artemis Fowl and the Arctic Incident”.

Visually and aesthetically, Artemis Fowl feels like a cross between the Men in Black franchise and the 2018 Ava DuVernay-directed A Wrinkle in Time.

Branagh is also a producer on Artemis Fowl, which has been written by playwright Conor McPherson and Hamish McColl (Johnny English Reborn).

Artemis Fowl has been in development since 2013 at Disney. It was originally slated to release in August last year before being delayed.

Here's the official description for Artemis Fowl, from Disney:

Disney's Artemis Fowl, based on the beloved book by Eoin Colfer, is a fantastical, spellbinding adventure that follows the journey of 12-year-old genius Artemis Fowl, a descendant of a long line of criminal masterminds, as he seeks to find his father who has mysteriously disappeared. With the help of his loyal protector Butler, Artemis sets out to find him, and in doing so uncovers an ancient, underground civilisation — the amazingly advanced world of fairies. Deducing that his father's disappearance is somehow connected to the secretive, reclusive fairy world, cunning Artemis concocts a dangerous plan — so dangerous that he ultimately finds himself in a perilous war of wits with the all-powerful fairies.”

Artemis Fowl is slated to release May 29 in cinemas in India and across the world.