A teaser trailer is coming this Thursday. 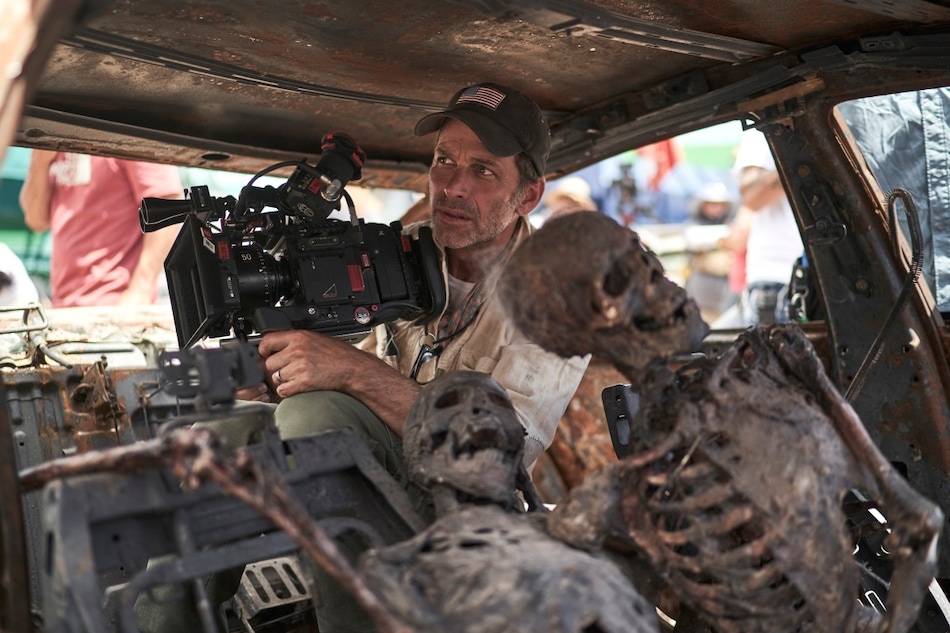 Zack Snyder on the sets of Army of the Dead

Army of the Dead — Zack Snyder's Netflix zombie heist film — now has a release date: May 21. Snyder announced the Army of the Dead release date over the weekend on his personal social media accounts, with a poster and a caption that states: “Survivors take all.” Alongside, Snyder also revealed that the first teaser trailer for Army of the Dead will be out Thursday, February 25. Army of the Dead is now set to be the second film for Snyder in as many months, what with Justice League Snyder Cut set for a March 18 worldwide release.

Snyder is the director, story writer, cinematographer, co-screenwriter, and producer on Army of the Dead. Shay Hatten (John Wick: Chapter 3 – Parabellum) and Joby Harold (King Arthur: Legend of the Sword) are also co-writers. Deborah Snyder and Wesley Coller are among the producers as well. Army of the Dead is a production of The Stone Quarry, the banner founded by Zack, Deborah, and Wesley. The Netflix film has been made on a reported budget of $70–90 million (roughly Rs. 507–652 crore).

Survivors take all. #ArmyOfTheDead on @Netflix May 21.
Teaser this Thursday. pic.twitter.com/sIgDoz6rmz

Army of the Dead drops May 21 on Netflix worldwide.