Army of the Dead 2 Confirmed for Netflix With Zack Snyder, but Not After Until Rebel Moon

As part of a new first-look deal for Snyder at Netflix. 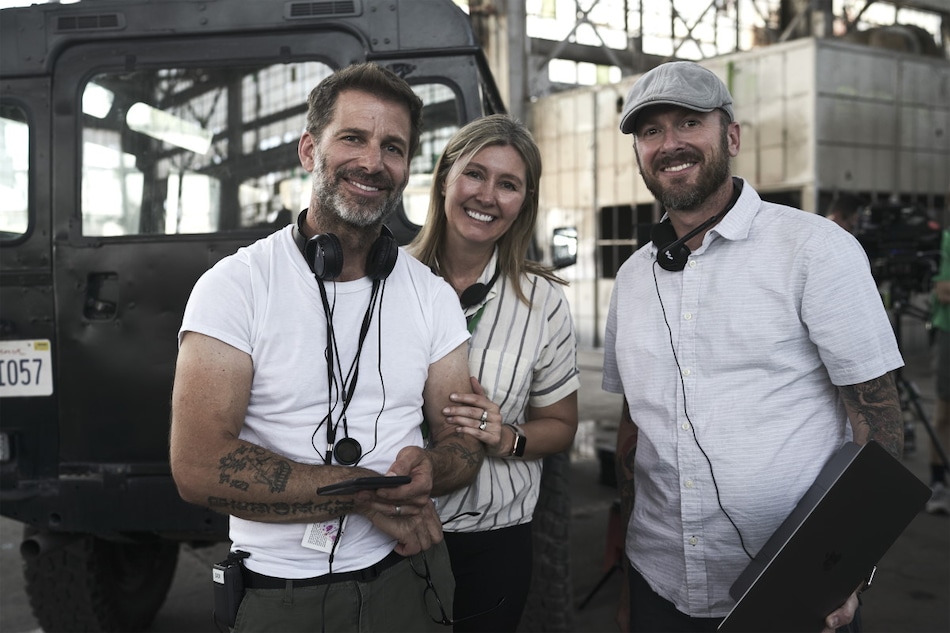 Army of the Dead 2 has been confirmed — but it's not coming for a while. Zack Snyder will return to direct and write the sequel to Army of the Dead with the first chapter's co-writer Shay Hatten, but only after he's done with his Star Wars and Akira Kurosawa-inspired sci-fi adventure movie Rebel Moon, which goes into production in early 2022. Both those titles — Army of the Dead 2 and Rebel Moon — are part of a new first-look film deal set up by Snyder at Netflix, alongside wife and producing partner Deborah Snyder, and executive Wesley Coller. Together, they run the production outfit The Stone Quarry Productions.

The Hollywood Reporter brings word of Snyder's new expanded deal at Netflix, with confirmation straight from the horse's mouth. Deborah said: “For us, it was so important to find a partnership that was based on mutual respect. The creative process works best when everybody trusts each other, and you can take chances and be creative. For us, we don't usually play it safe. The content we make is a little bit edgier. And I think it's important to have a good partnership and hear each other. And Netflix has given us a lot of freedom. But they've also embraced the idea of trying new things and not necessarily waiting for a success before moving ahead.”

Review: Snyder's Zombie Movie, Army of the Dead, Needs a Bullet to the Brain

This might seem premature, but Netflix's faith in Snyder seems to be paying off. Netflix revealed that Army of the Dead was watched by 75 million member households in the first 28 days after its release in May. That made Army of the Dead one of Netflix's top 10 movies of all time, following Chris Hemsworth's Extraction (99 million), Sandra Bullock-led Bird Box (89 million), Mark Wahlberg's Spenser Confidential (85 million), Ryan Reynolds-led 6 Underground (83 million), Adam Sandler and Jennifer Aniston in Murder Mystery (83 million), Charlize Theron's The Old Guard (78 million), Millie Bobby Brown-led Enola Holmes (76 million), and Jamie Foxx and Joseph Gordon-Levitt in Project Power (75 million).

“I've known Zack and Deb for years and was fortunate to be part of Dawn of the Dead, his first film,” Netflix film chief Scott Stuber said in a prepared statement. “I have since had the privilege of watching his career grow and see the evolving impact of his work. To see him return to his roots with Army of the Dead, which is now one of our most popular films, and build a world out of these characters with the upcoming Army of Thieves and anime series, is amazing to see. We've only scratched the surface of what's still to come and create with Zack, Deb, Wes and everyone at Stone Quarry.”

Before this Netflix deal, The Stone Quarry was previously set up at Warner Bros., where Snyder delivered the 2007 action epic 300, the 2009 superhero movie Watchmen, the 2010 animated fantasy Legend of the Guardians: The Owls of Ga'Hoole, the 2011 fantasy action Sucker Punch, the 2013 Superman film Man of Steel, the 2016 follow-up Batman v Superman: Dawn of Justice, and the 2017 mash-up Justice League, which was turned into Justice League Snyder Cut earlier this year for HBO Max. As part of the deal, Snyder also produced 300: Rise of an Empire, Wonder Woman, Aquaman, and Wonder Woman 1984.