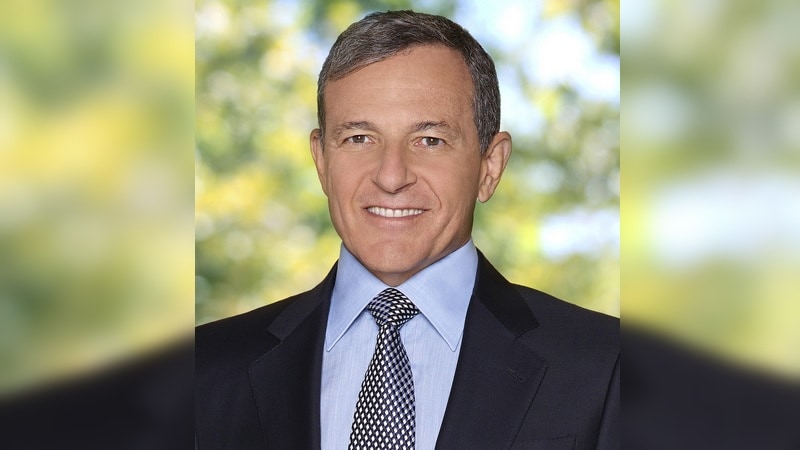 Apple's foray into original TV shows and movies is increasing competition with Walt Disney, potentially putting Bob Iger's board seat at the iPhone maker at risk.

Apple has been buying shows and movies at festivals and funding its own content that the company plans to package this year into a streaming video service. It's set to preview the offering with Hollywood stars at an event March 25 in Cupertino, California.

Apple's recent proxy statements said the company has "arms-length commercial dealings" with Disney, including digital services content licensing agreements. But the filings added that Iger, chief executive officer of Disney, doesn't have "a material direct or indirect interest" in those deals.

That could change as both companies launch streaming services that compete with each other. Each initiative is strategically important. Apple will make it central to a growing suite of digital subscriptions that spur revenue as iPhone sales growth slows. Disney is launching three streaming offerings as traditional TV loses viewers.

"They might have to recognise that they will become active competitors in the near future," said John Coffee, director of the Center on Corporate Governance at Columbia Law School. He suspects both companies have legal advisers looking into whether Iger should remain on Apple's board. The Clayton Antitrust Act of 1914 limits directors from serving on their own board and that of a competitor, Coffee noted. Apple and Disney didn't respond to requests for comment.

This wouldn't be the first director-level conflict of interest in the technology industry. The largest companies in the sector are increasingly expanding into one another's turf, while getting into the entertainment business.

In 2009, Eric Schmidt, the former CEO of Google, resigned from Apple's board at co-founder Steve Jobs' behest as the companies started competing in the smartphone market. At Disney, Facebook Chief Operating Officer Sheryl Sandberg and Twitter CEO Jack Dorsey left the board in 2018 as their own companies started developing original video platforms.

Board members regularly recuse themselves from areas of discussion where they may have a conflict of interest, but with Apple's growing emergence in video content, Iger could find there are fewer discussions he can take part in.

When Schmidt left Apple's board, Jobs said his "effectiveness" was "diminished" and he had to "recuse himself from even larger portions" of meetings due to "potential conflicts of interest."

Iger has served on Apple's board since 2011 and was a friend of Jobs. Last week, the majority of shareholders in the iPhone maker re-elected Iger to his seat. Jobs was also a Disney board member until he died in 2011. The duo appeared on stage more than a decade ago to announce an iTunes partnership.

More recently, Iger has been seen with Cook and Apple services chief Eddy Cue at the Sun Valley conference. Iger and Cook have also praised each other, with Cook saying Iger runs Disney like a tech company and Iger complimenting Cook's leadership. Jobs was also a major Disney shareholder and a trust of his widow, Laurene Powell Jobs, owned 2.5 percent of the company's shares, according to a regulatory filing in early 2017.

"In some ways they'll be competitive, but in other ways it is possible they will be partners if there is some sort of live television integration," said Michael Olson, an analyst at Piper Jaffray. In addition to its own original content, the Apple video service will integrate video from partners like Starz and Showtime, people familiar with the plans have told Bloomberg News.