The Morning Show is out in the autumn on Apple TV+. 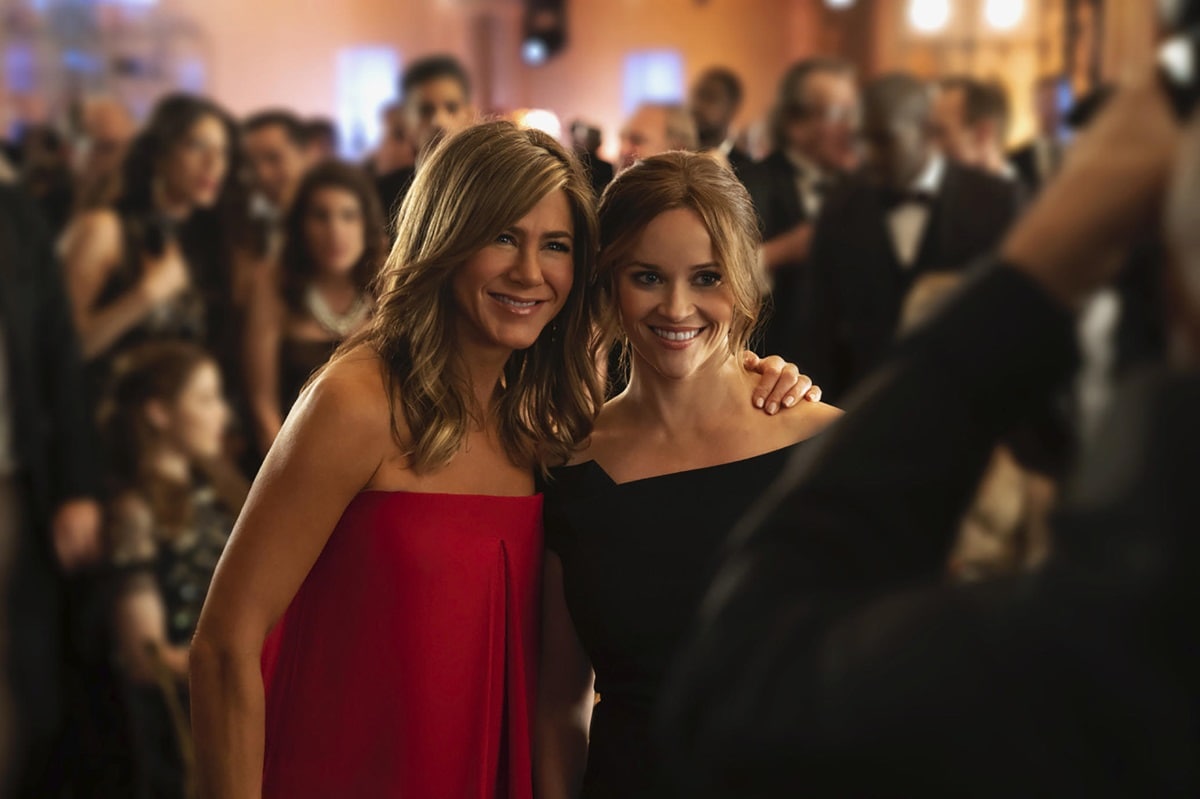 A week on from the teaser, Apple has released a full-length trailer for its upcoming TV+ original series The Morning Show, the news drama starring the likes of Jennifer Aniston, Reese Witherspoon, and Steve Carell in the lead. It gives us our first proper look at the show and its premise, which centres on newsreader Alex Levy (Aniston) as she fights for her job with aspiring journalist Bradley Jackson (Witherspoon) in the wake of a sexual misconduct scandal involving her co-host Mitch Kessler (Carell). The Morning Show has been inspired by CNN correspondent Brian Stelter's 2013 book “Top of the Morning,” which looked at the rivalry between NBC's Today and ABC's Good Morning America.

The new Morning Show trailer opens with Alex (Aniston) stating on air that her co-host and partner of 15 years, Mitch (Carell), has been fired for the show, due to allegations whose details are unclear. An angry Mitch, watching at home, proceeds to wreck his television with a fire iron. As he addresses the employees, a network chief says: “We are facing the biggest crisis in our history.”

Kessler claims that his life ended for no good reason, while one of the show's executives Cory (Billy Crudup) claims that they “are in the middle of an epic rebirth”. He later tells an employee (Mark Duplass) that Alex's “sell-by date expired years ago” and he wants him “to start grooming some new people”.

That happens to be Bradley Jackson (Witherspoon), an up-and-coming reporter who thinks The Morning Show “sucks” and it's “barely news”. She's brought on set seemingly under the guise of an interview, where she faces Alex and says on air: “Most people wanna trust that the person that is telling them about the world is an honest person. Like you.”

Alex and Bradley's careers seem to be heading in opposite directions, and the former confesses to Mitch one night: “You stole my life, you left me in the woods with a pack of wolves.”

Eventually, Alex breaks and declares to the (largely) male executive board of the show: “The part you guys never seem to realise is that you don't have the power any more. And frankly, I've let you bozos handle this long enough. We are doing this my way.”

The Morning Show has been written by showrunner Kerry Ehrin (Bates Motel). She's also the executive producer alongside Aniston, Witherspoon, Michael Ellenberg, Mimi Leder, Lauren Levy Neustadter, and Kristin Hahn. Leder (On the Basis of Sex) is also the director.

Here's the official synopsis for The Morning Show, from Apple:

“The Morning Show explores the high-stakes world of morning news and the lives of the people who help America wake up in the morning. Told through the lens of two complicated women working to navigate the mine field of high-powered jobs while facing crises in both their personal and professional lives, The Morning Show explores ego, ambition and the misguided search for power.”

The Morning Show will release in autumn on Apple TV+, likely on the same day as the service's global launch.