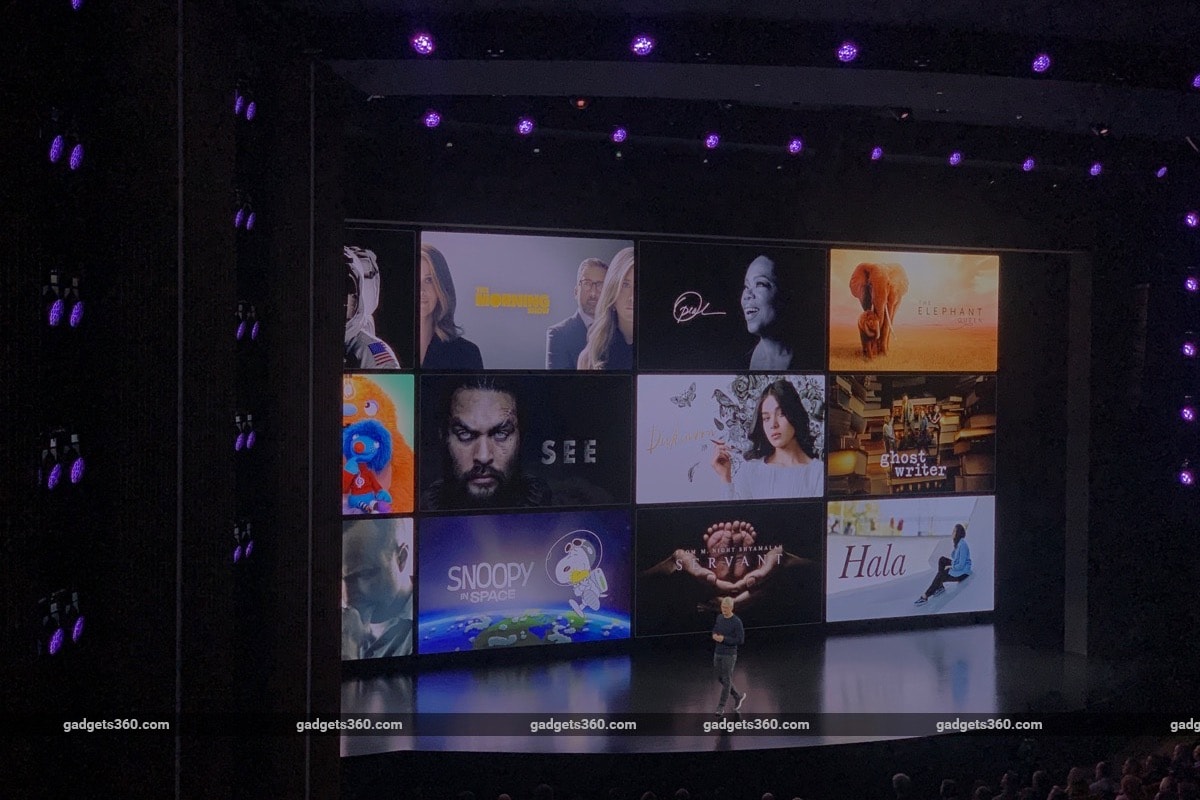 Apple TV+ now has an India price and (official) release date — the iPhone maker's streaming service will cost Rs. 99 per month after a one-week free trial and will be available November 1 in more than 100 countries worldwide. Apple will also offer a one-year free Apple TV+ subscription to buyers of new iPhone, iPad, Apple TV, Mac, or iPod touch starting Tuesday. As previously announced, Apple TV+ will also be compatible with ‘Family Sharing' at no extra charge, which means a total of six individuals — including you — can access all original series and films across all supported devices. Most originals will premiere with the first three episodes, followed by new episodes weekly. There'll be some exceptions, which will drop all episodes altogether.

Apple has reportedly invested $6 billion (about Rs. 43,040 crores) on Apple TV+ content as yet, still a far cry from what Netflix ($15 billion) and Amazon Prime Video ($7 billion) are investing each year. At launch, Apple TV+ will offer a few series and documentaries: the Hailee Steinfeld-starrer historical coming-of-age comedy Dickinson; Battlestar Galactica creator Ronald D. Moore's alt-history sci-fi For All Mankind; the TV newsroom drama The Morning Show with the likes of Jennifer Aniston, Reese Witherspoon, and Steve Carell; the Jason Momoa-starrer drama See; and the nature documentary The Elephant Queen among them. Per the earlier report, The Morning Show costs more per episode than Game of Thrones' final season, which makes no sense whatsoever.

Beyond that, Apple has over two dozen series in various stages of production for TV+, including the likes of Steven Spielberg-produced Amazing Stories reboot; the Chris Evans-starrer crime drama Defending Jacob; an adaptation of Isaac Asimov's sci-fi Foundation series; the Kumail Nanjiani co-created anthology Little America; the J.J. Abrams-produced Little Voice and My Glory Was I Had Such Friends, involving Sara Bareilles and Jennifer Garner, respectively; the novel-based legal drama Truth Be Told starring Octavia Spencer, and Lizzy Caplan; and the M. Night Shyamalan-produced psychological thriller Servant.

That's not all. Other Apple TV+ projects that are or are said to be in pre-production / development involve Brie Larson, Damien Chazelle, Oprah Winfrey, Prince Harry, Simon Kinberg, and Taika Waititi. As you can tell, Apple TV+'s offerings are all-American fare — there's reportedly one India-set series in Shantaram, though it's being written by an American — as the world's largest tech company attempts to diversify its revenue stream in its biggest market (the US) with the help of services, to counter the growth slowdown on the hardware side of things.

Apple TV+ is just one part of that business, whose biggest earner continues to be the App Store — thanks to purchases and subscriptions. In addition to that, it's also driven by Apple Music, iTunes purchases, iCloud storage, and Apple Pay among others. Now, Apple is bolstering its offerings with a video streaming service (Apple TV+), subscriptions to other video providers (Apple TV Channels) but not in India, a gaming service (Apple Arcade), and a news service (Apple News+) that's also not in India.

Apple TV+ will launch November 1 in India and elsewhere. You can access it via the Apple TV app on iPhone, iPad, Apple TV, iPod touch, Mac, and select 2018, 2019 and newer Samsung smart TVs. It will also be available online at tv.apple.com via Safari, Chrome, and Firefox. Apple says its TV app is also coming to the Amazon Fire TV, LG, Roku, Sony, and Vizo platforms in the future. Apple TV+ will also support casting on AirPlay 2-enabled Samsung, LG, and Vizio smart TVs, with support coming for eligible Sony smart TVs later this year.

Further reading: Apple TV Plus, Dickinson, The Morning Show, See, For All Mankind, The Elephant Queen