Apple Podcast Subscription Service Launch to Be Delayed Until June

Apple was expected to start its podcast subscription service this month. 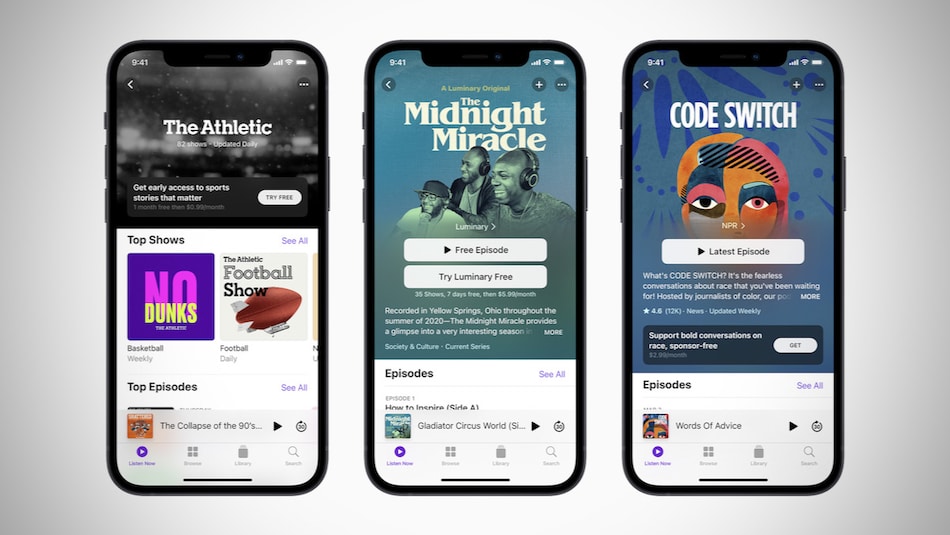 Apple is delaying the launch of a podcast subscription service until June after some podcast creators had issues with delays in their shows appearing after uploading them, according to an email seen by Reuters.

Apple in April said it was introducing a service that would let podcast creators charge for their shows, with Apple keeping a 30 percent commission in the first year of a subscription and thereafter dropping commissions to 15 percent, similar to its App Store.

The service was originally slated to start this month with the launch of iOS 14.6. With the new OS, users can avail a premium subscription within Apple Podcasts. Apart from subscribing to channels or shows, subscribers can receive befits such as ad-free episodes, additional content, and early access to episodes or exclusive series. An annual premium subscription of Apple Podcasts costs Rs. 1,799. Creators would, of course, be able to decide the pricing of their podcasts, or even offer free trials.

iOS 14.6 brings Apple Card Family to iPhone users, that will allow them to share their Apple Card with up to five people through a Family Sharing group. This will allow families to track expenses, build credit, manage spending, and more.

Apart from Apple Card Family and podcast subscriptions, iOS 14.6 also allows users to add an email address instead of a phone number or AirTag and Find My network accessories in Lost Mode. Those who use Voice Control can unlock their iPhone using only their voice for the first time after a restart.