The Apple Music Replay 2021 playlist, which will be updated every week, features 100 songs that you listen to the most. 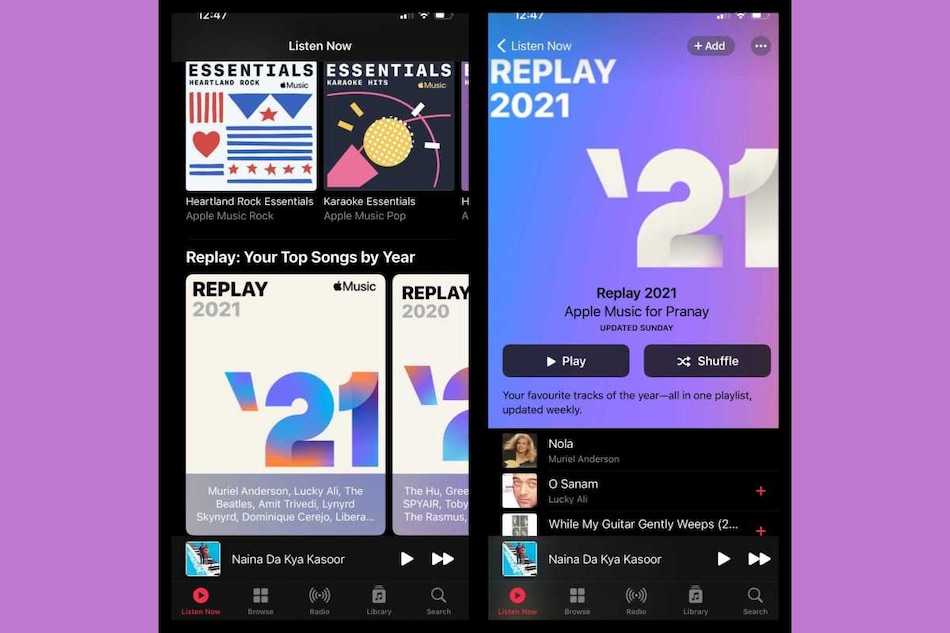 Similar to last year’s Replay playlist, Replay 2021 will update its list on the Sunday of every week

Similar to last year's Replay playlist from Apple, the Apple Music Replay 2021 will update every Sunday. The rankings on the list will keep fluctuating according to the music you listen to on Apple Music. As the year draws to a close, you will have an overall list of the songs that you listen to the most in 2021.

Apple Music Replay seems like Apple's version of Spotify Wrapped. But the function of both playlists is quite different. Unlike Apple Replay 2021, Spotify Wrapped doesn't track the songs you've been listening to throughout the year. It only releases a yearly analysis of your listening trends in December each year along with chic infographics that you can share with your social media followers. Apple is yet to come out with a year-end recap that Apple Music fans can share on their social media.

In December 2020, Apple announced the Apple Music Top 100 charts. ‘The Box' by Roddy Ricch was ranked as the global Top Song of 2020. Listeners had spent over 246,000 hours viewing the lyrics of the song, ranking it at number in terms of time spent.