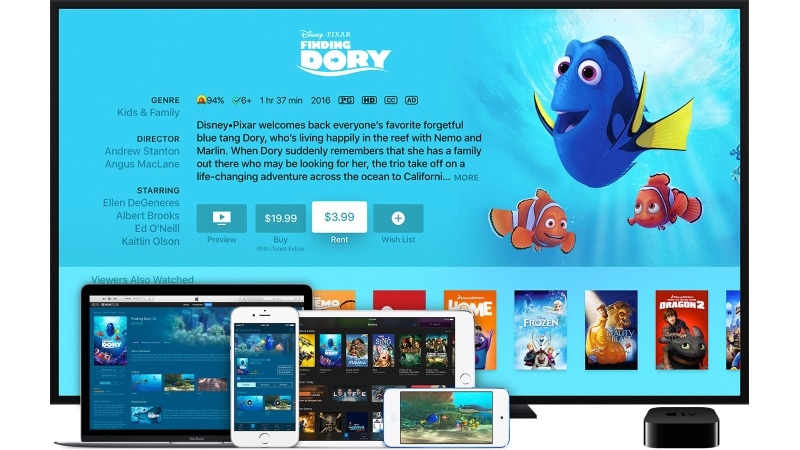 In a move to give its users a better entertainment experience, Apple has now extended the watching time for the movies rented on iTunes. Unlike the previous limit of just 24 hours, an iTunes-rented movie will now be accessible for up to 48 hours after hitting the play button. You can watch a movie as many times as you like within the 48-hour limit, while you have a 30-day window to begin playing a rented movie.

Apple's new watching time window for a rented movie has been mentioned in Apple's iTunes support page and was spotted by MacRumors.

This comes as a breather to the people who could not complete watching their rented movie within the earlier limit of 24 hours due to some reason. After paying the rent, you can watch a movie on devices that support iTunes - iPhone, iPad, iPod touch, Mac, Windows PC, and Apple TV.

Razer Gaming Smartphone Could Be Out 'End of the Year': CEO
Office 365 App Launcher Improved, Office.com Gets Redesigned Web Experience