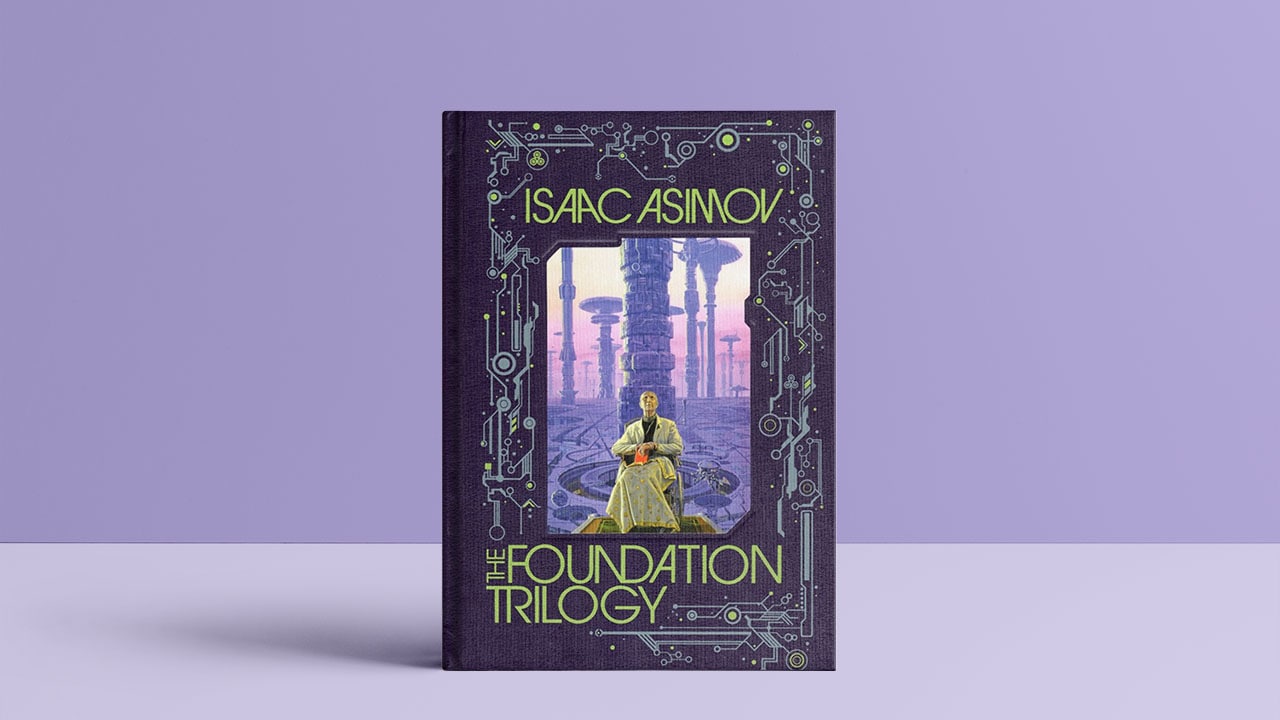 Four months after it reportedly entered development, Apple has given a straight-to-series order for its adaptation of Isaac Asimov’s Foundation series of novels, according to a new report. With David S. Goyer (Man of Steel) and Josh Friedman (War of the Worlds) as showrunners and executive producers, Foundation will have a 10-episode first season.

Back in April, Apple put Asimov’s Foundation into development for straight-to-series consideration. Deadline brings word that Apple is now moving forward with a series order. The show will be produced by Skydance Television, with David Ellison, Dana Goldberg and Marcy Ross also executive producing alongside Asimov’s daughter, Robyn Asimov.

The project has been in development since last June, with Skydance signing a deal with the Asmiov estate and tapping Goyer and Friedman to work on it. But that’s not the first time an adaptation has been attempted: New Line Cinema, the producers behind The Lord of the Rings, tried twice in 1998 and 2008; Sony bid for the rights in 2009, and even hired a director in Ronald Emmerich (Independence Day); and Westworld co-creator Jonathan Nolan tried in 2014, but HBO never ordered a script.

First published as a series of short stories in a magazine, Asimov’s Foundation was turned into a trilogy of novels between 1951 and 1953 as Foundation, Foundation and Empire, and Second Foundation. Nearly three decades later, Asimov returned to the series and put out four more sequels and prequels from 1982 to 1993: Foundation’s Edge, Foundation and Earth, Prelude to Foundation, and Forward the Foundation.

The story revolves around a mathematician known as Hari Seldon, who predicts the imminent fall of the Galactic Empire that has prospered for 12,000 years and foresees a dark age lasting 30,000 years. His calculations show an alternative path that could bring the latter down to a thousand years, and exiled to a desolate planet, he establishes the Foundation – a group of the galaxy’s greatest minds – to change their collective fate while battling new enemies.

The Foundation series is the only series to have been honoured with a special Hugo Award for Best All-Time Series and has influenced dozens of sci-fi works including The Hitchhiker's Guide to the Galaxy and Futurama. Elon Musk, Tesla and SpaceX CEO, counts it as an inspiration for his career.

Goyer is best known for co-writing on Batman Begins and Batman v Superman: Dawn of Justice, writing Man of Steel, working on the story for The Dark Knight and its sequel The Dark Knight Rises, and creating Superman prequel Krypton. Friedman’s credits include co-writing Steven Spielberg's War of the Worlds and James Cameron's Avatar 2.

For Apple, Foundation is one of two ambitious space stories alongside a drama from Battlestar Galactica creator Ronald D. Moore. The iPhone-maker has a long list of projects in development, including a morning-show drama from Reese Witherspoon and Jennifer Aniston, a Damien Chazelle drama, an anthology series about immigrants from Kumail Nanjiani, and a M. Night Shyamalan thriller series among others.