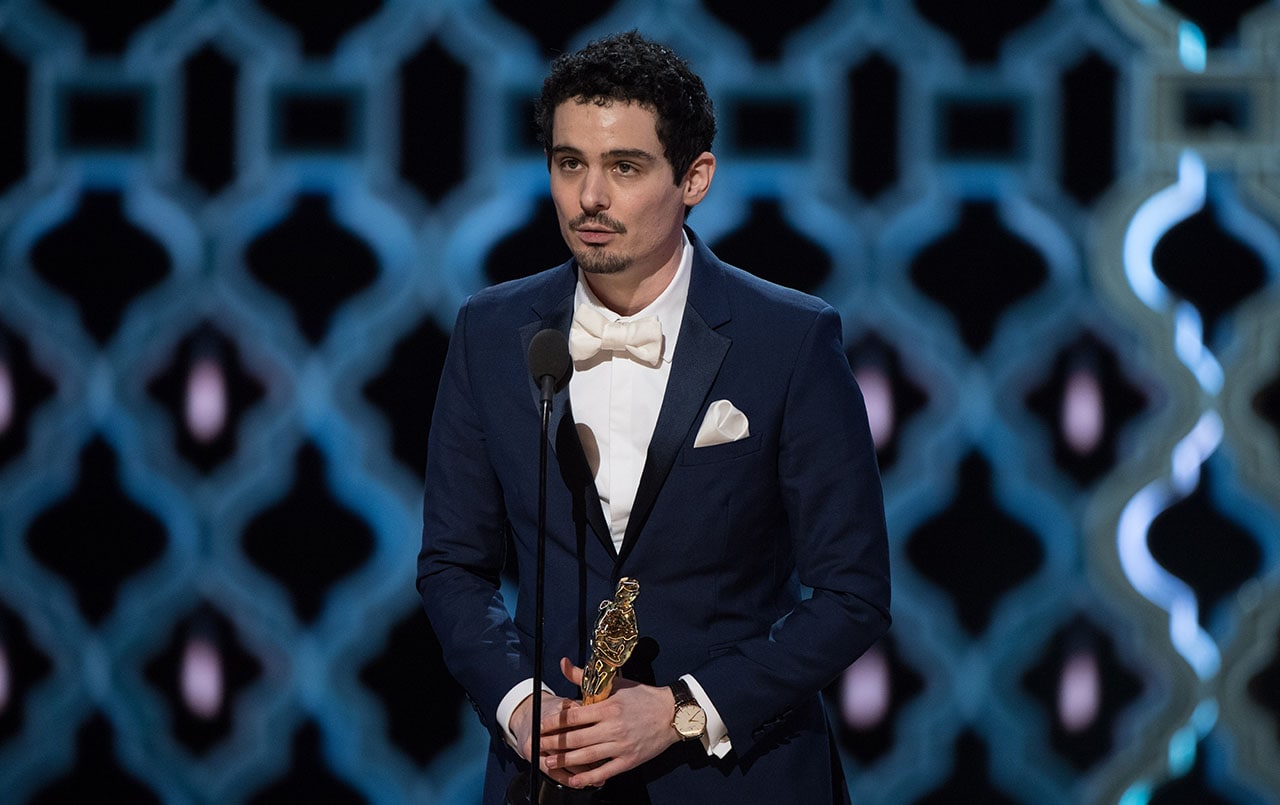 Damien Chazelle at the 2017 Oscars

Apple has signed La La Land director Damien Chazelle for a new TV drama, which will be written and directed in entirety by the 33-year-old award-winning filmmaker. He will also serve as executive producer, alongside fellow La La Land alums Jordan Horowitz and Fred Berger.

There's no title for the series yet, and details of the plot are "being kept under wraps", according to Variety. This is the second television foray for Chazelle, who's also working as executive producer and director for musical drama The Eddy, for Netflix. It follows a club, its owner, and the house band, will be shot in France, and will have dialogue in French, English, and Arabic.

Chazelle is currently busy filming First Man, a biographical look at Neil Armstrong starring Ryan Gosling as the famed astronaut, which is slated for release October 12. The film also stars Claire Foy (The Crown), Pablo Schreiber (Orange Is the New Black), Jon Bernthal (Marvel's The Punisher), Jason Clarke (Dawn of the Planet of the Apes), and Shea Whigham (Boardwalk Empire) among others.

But the iPhone-maker has yet to divulge any details about the platform that will host all this programming. Apple released two unscripted series – Planet of the Apps, and Carpool Karaoke – via its music streaming service Apple Music, but it's highly unlikely these new projects will share the same space.