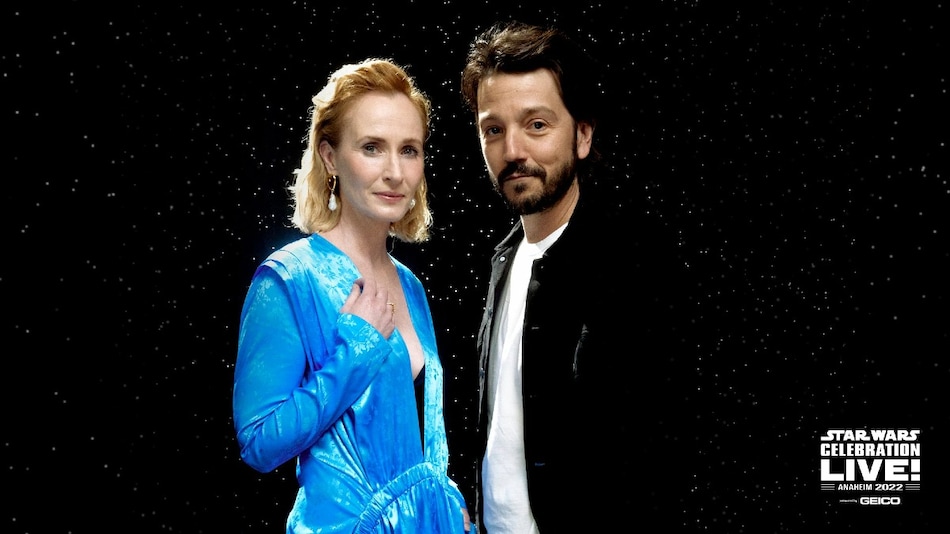 Andor — the Star Wars prequel series to Rogue One, which itself was a prequel to Star Wars: Episode IV – A New Hope — is set to premiere on August 31 on Disney+ and Disney+ Hotstar. Alongside, Lucasfilm and Disney+ have unveiled the first teaser trailer for Andor. Lucasfilm president Kathleen Kennedy made this announcement on Thursday during the Star Wars Celebration 2022 event. The new Star Wars series and its confirmed second season will delve into the chronicles of the rebel spy Cassian Andor, played by Diego Luna. Both seasons will have with 12 episodes each.

Kennedy has confirmed that Andor's first season will have a two-episode premiere on August 31 on Disney+ and Disney+ Hotstar. The show's first 12-episode run will be set five years before Rogue One and will cover a year in the life of the rebel spy. The second season, which will span the remaining four years in the build-up to Rogue One, is said to begin filming in November later this year.

The panel for Andor at the Star Wars Celebration also confirmed that Genevieve O'Reilly will be reprising her role as Mon Mothma, one of the founding members of the Rebel Alliance. Also, Stellan Skarsgård has been tipped to play a major role in this series as rebel leader Luthen Ray. Furthermore, writer and executive producer Tony Gilroy has suggested that there will be more casting announcements in the build-up to the series premiere.

During this Star Wars Celebration event, Lucasfilm also announced that Star Wars: Skeleton Crew will be arriving on Disney+ sometime in 2023. This original series is directed by Jon Watts and stars Jude Law in a leading role. Additionally, the fan-favourite The Mandalorian returns for season 3 in February 2023, with Katee Sackhoff confirmed to return as Bo-Katan Kryze alongside Pedro Pascal and Grogu.

Andor will premiere with two episodes on August 31 on Disney+ and Disney+ Hotstar.