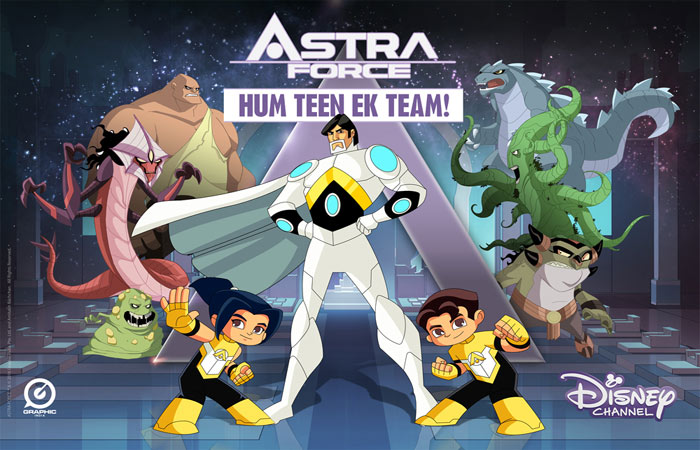 The 74-year-old Indian actor revealed the news via his Twitter feed early Tuesday morning, in his usual tweeting style, starting with the number of days he’s been active on the service:

In Astra Force, the central character Astra (Bachchan) is an ancient superhero, who is accidentally woken from his slumber by two eight-year-old twins, Neal and Tara. Now, they must help him save the world from an array of monsters and a demon who is determined to rule the universe in his stead. All in time for school homework, though.

Produced by Graphic India for the Disney Channel, Astra Force was unveiled on Bachchan’s birthday last year, and started airing at the start of December. The first season has a total of 35 episodes, all available on Amazon Video, with each episode running at 11 minutes. Graphic India is primarily known for its work with graphic novels and comic books, such as Mistry P.I., Ramayan 3392 A.D., and Chakra The Invincible, in collaboration with Stan Lee.

American Gods Is Out Now on Amazon Video. Here’s What You Should Know.

Amazon Video added to its list of big acquisitions at the start of May with Starz’s fantasy-mythology drama American Gods. Later this month, Oscar-winning Manchester by the Sea will also arrive on the streaming service, alongside original comedy series I Love Dick, from the creator of Transparent, Jill Soloway.