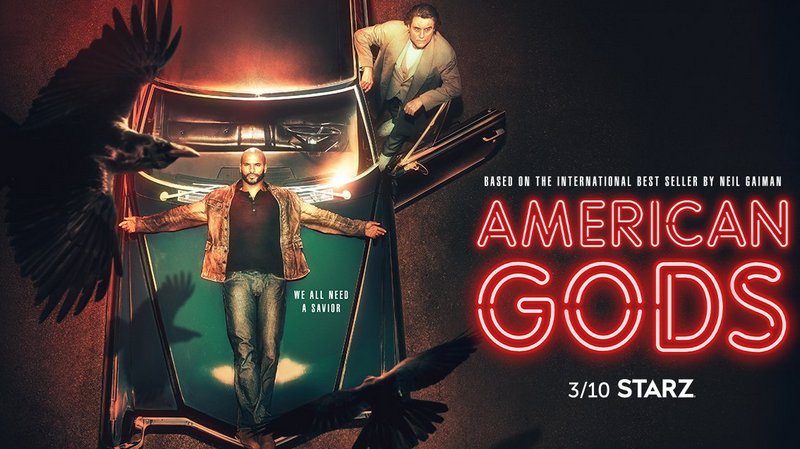 American Gods season 2 will release March 10, 2019 on Starz in United States. Ahead of that though, official Twitter handle of American Gods released the first three-and-half-minutes of the TV Series last Sunday with the two “new gods”, Mr. World and Technical Boy. "Your worship of #AmericanGods has been rewarded. Check out the first three minutes of Season 2, and don't miss the premiere March 10 on @STARZ," said the tweet. In the video, Mr. World (Crispin Glover), the god of globalisation, can be seen asking the Technical Boy, the god of technology, to find goddess Media. Here, it is worth noting that while Gillian Anderson played the role of goddess Media in the first season, in the second one, Kahyun Kim will be taking over, owing to difficult times faced by the production team between the two releases.

The new season will have 8 episodes instead of 10. The new video shows the gods getting ready for another tussle during the upcoming season. Season 2 will become available on Amazon Prime Video for viewers in India within a few hours every following Monday after its March 10 US release, starting with March 11, a trend that was witnessed during the first season.

Your worship of #AmericanGods has been rewarded. Check out the first three minutes of Season 2, and don't miss the premiere March 10 on @STARZ. pic.twitter.com/Vnu3x1GI1s

The TV series, based on Neil Gaiman's 2001 book of the same name, shows the conflict between the new gods and the old ones that soon escalates into a war. In the first season, Shadow Moon (Ricky Whittle) is the lead of the series whose viewpoint becomes the prism through which the story unfolds. Shadow Moon happens to meet Mr Wednesday (Ian McShane) on a plane ride home after being released from the prison. The two later embark on a road-trip across America.

American Gods season 1 aired between April-June 2017. American Gods season 2 begins airing in March 2019, 21 months after the first season aired. The first season was praised by viewers and Starz sanctioned a new season in May 2017 itself. In November last year, however, original showrunners Bryan Fuller and Michael Green quit over budget and other issues. By that time half of the scripts were already written. Those scripts had to be checked after Starz hired a new showrunner in Jesse Alexander.