Amazon Prime Video has removed an episode of Madam Secretary in India, which dealt with Hindu nationalism and violence against Muslims in India. 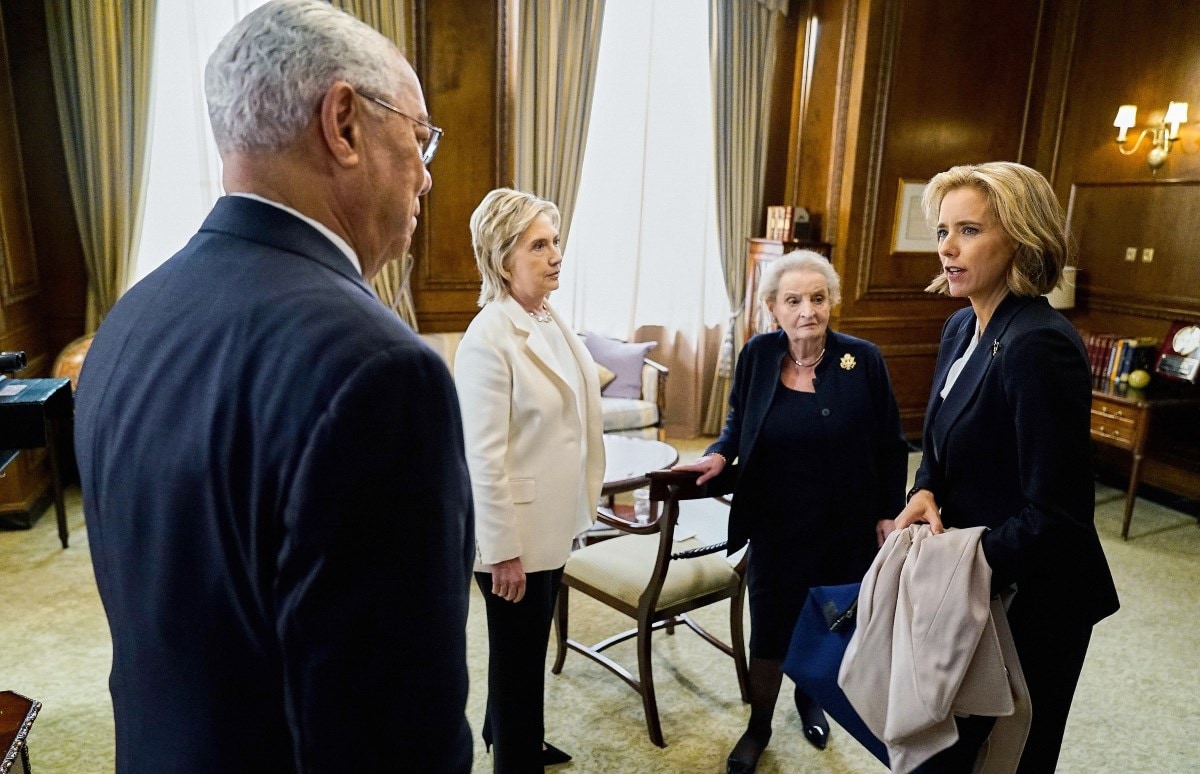 Amazon Prime Video is back with self-censorship. The Jeff Bezos-owned streaming service has removed an episode of CBS political drama Madam Secretary in India, which dealt with Hindu nationalism, and violence against Muslims and other minorities in India. Additionally, the episode also included the words “India-occupied Kashmir” in a dialogue. Amazon declined to comment. Gadgets 360 has also reached out to CBS, and we will update this story when we hear back from them.

Firstpost was the first to highlight the missing Madam Secretary episode, and Gadgets 360 has since confirmed that the fifth season premiere, “E Pluribus Unum”, is unavailable on Prime Video in India. Amazon subscribers who open Madam Secretary season 5 on their TVs are dropped onto the second episode thumbnail straightaway, since the first episode can't be played. Viewers can still scroll back to the first episode, which simply states, “This video is currently unavailable” without informing audiences why that is the case.

The episode that has been removed and is hence “unavailable”
Photo Credit: Amazon India

It's strange for Amazon to have taken such a step for a fictional series, especially something like Madam Secretary, which has been dubbed as “the ultimate form of political escapism” by critics for presenting and dealing with political problems that are introduced, complicated, and resolved to fit each episode's roughly 40-minute runtime. (That's typical of cable shows that run into two dozen episodes every season, since viewers tend to tune in and out.) In the past, it has either axed parts of an episode (The Grand Tour) or hidden an episode from the home page (American Gods) that involved cows — considered a sacred animal by Hindus — in ways that some viewers may not approve of.

This new self-censorship move takes Amazon back to its early days in India, when the service had opted to blur most nudity and excise all forms of profanity from content on its platform, in what it termed “Indian sensibilities”. Over time, Amazon changed its policy, fearing it was driving potential subscribers away — either to other platforms or to piracy — by offering them censored versions. American Gods' dual release — both censored and uncensored versions — one of which was only available via search, was a step forward, as was the decision to quietly release an unedited cut of Lipstick Under My Burkha, which had gone through cuts by the CBFC, India's film censor board.

If you're a Madam Secretary fan, you're likely wondering why an episode from October last year — that's when Madam Secretary season 5, episode 1 “E Pluribus Unum” originally aired in the US — is now in the news. That's because Amazon's deal with CBS only brings Madam Secretary seasons over half a year later after the season has finished. Madam Secretary season 5 completed its run in April this year, and arrived on Prime Video in India only last week. (And though episode 1 is not available, you can watch a clip on creator Barbara Hall's Twitter account.) Meanwhile, the show is already deep into its shortened sixth and final season, which concludes in December in the US.

Those who saw the first four seasons of Madam Secretary on Prime Video will now naturally have to look elsewhere to retain continuity. Amazon's decision to remove the Madam Secretary season 5 premiere is not only pushing audiences back to piracy and giving them reasons to not pay for its streaming service, but more importantly, it represents a big step back for the platform when the government is said to be mulling censorship laws.