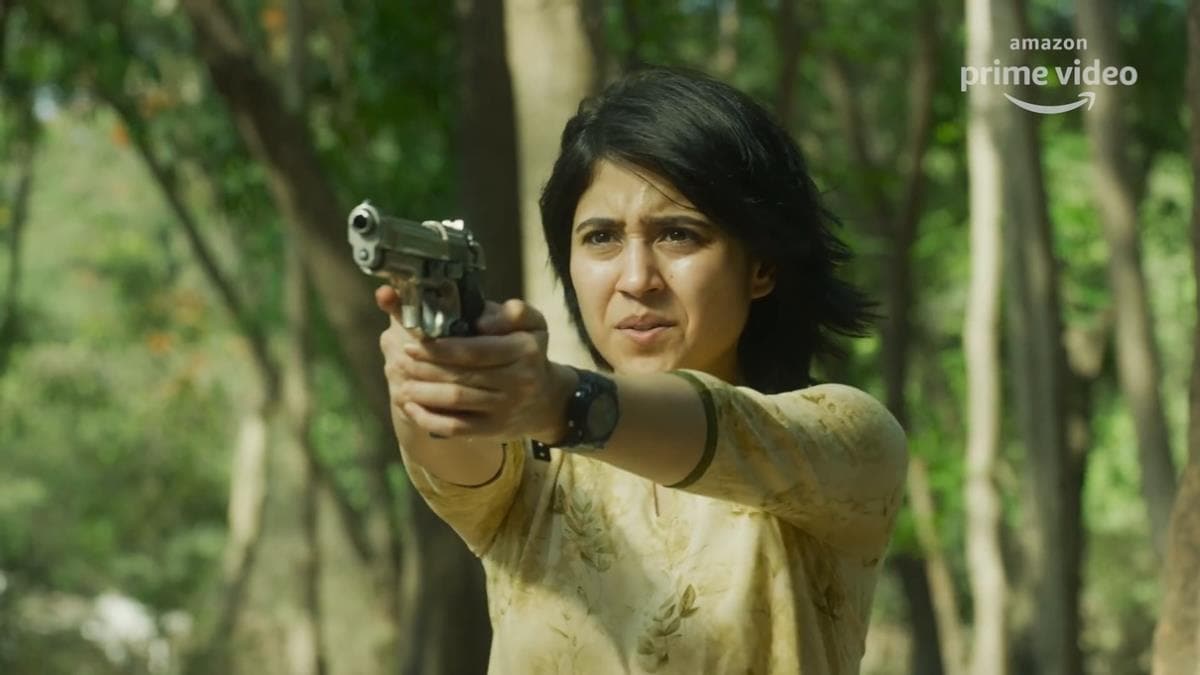 Despite a poorly-received second run, Inside Edge will return for a third season. Vivek Oberoi, Richa Chadha, Aamir Bashir, Angad Bedi, Sayani Gupta, and Sapna Pabbi will reprise their respective roles. Creator Karan Anshuman will return as directors alongside newcomer Kanishk Varma, who previously worked as an associate producer on Amazon's family comedy Mind the Malhotras. Ritesh Sidhwani and Farhan Akhtar of Excel Entertainment will executive produce Inside Edge season 3. No production start or release date has been set, but it won't be as long as the delay between seasons 1 and 2, for sure.

In Mumbai Diaries – 26/11, Advani will reportedly offer a fictionalised look at the efforts of the Cama & Albless Hospital staff to keep patients safe from the terrorists, who killed at least 166 and injured over 300 people across four days in the city. The glimpses in the video confirm that, with scenes set inside a hospital and police vehicles rushing to respond to the mayhem. Mohit Raina and Tina Desai are also part of the Mumbai Diaries – 26/11 cast alongside Sen Sharma. It's been produced by Emmay Entertainment.

Amazon hasn't revealed much about Sons of Soil: Jaipur Pink Panthers, except that it has been produced by BBC Productions. We see the team during training and a glimpse at Jaipur Pink Panthers owner Abhishek Bachchan, who also appears in the video thanks to his leading role in crime thriller Breathe season 2.

Gormint was created by All India Bakchod co-founder Gursimran Khamba, who was ousted from the show in the wake of sexual misconduct allegations levelled against him during the #MeToo movement. Only Much Louder, which has a long-term association with both AIB and Amazon, and which had drawn fire for its workplace culture and treatment of female employees, still remains as producer. Amol Palekar, Manav Kaul, Shikha Talsania, Girish Kulkarni star in Gormint.

The Last Hour is a crime thriller created by Amit Kumar (Monsoon Shootout), with Oscar-winner Asif Kapadia as producer, alongside Anupama Minz and Kumar. Fission Features is the production house. Starring Sanjay Kapoor and Raima Sen, The Last Hour features “a supernatural twist” and is “set in a small picturesque hill station in the Himalayas.”

Saif Ali Khan, Dimple Kapadia, Sunil Grover, Mohd Zeeshan Ayub, and Sarah Jane Dias star in Zafar's Dilli, which was announced last year without a title. Dilli explores “the dark corners of Indian politics. Where powerful politicians, and those who aspire to be, sow chaos and manipulate others to control the country, ruthless pragmatism contrasts with the frustrations and aspirations of contemporary India and the ideals of the country's youth.” Zafar directed, and produced with Himanshu Mehra, via Offside Entertainment. Gaurav Solanki is the writer.

That leaves Sharma's Paatal Lok, which was also announced last year without a title. Neeraj Kabi, Gul Panag, and Jaideep Ahlawat star in Paatal Lok, with Sharma as writer and showrunner. It is “an investigative thriller that also acts as a scathing commentary of modern-day Indian society and politics.” Anushka Sharma's Clean Slate Films has produced Paatal Lok.

Samsung Galaxy A31, Galaxy A41 Camera and Battery Specifications Leaked
Asteroid Twice the Size of Big Ben to Skim Past Earth Today