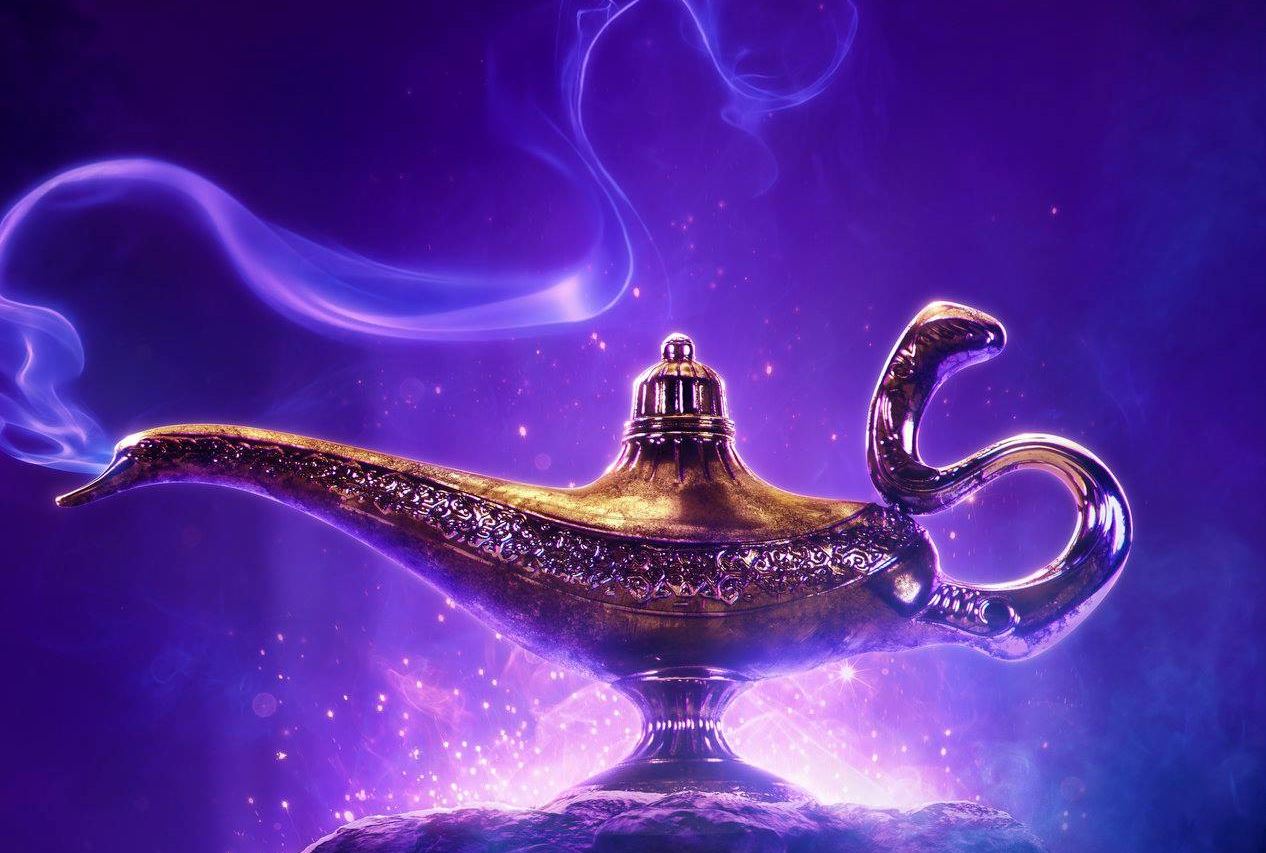 Disney has released the first teaser trailer for its upcoming live-action remake of its own 1992 hit Aladdin movie, directed by Guy Ritchie (Sherlock Holmes, Snatch). Mena Massoud (Jack Ryan) stars in the lead as the titular thief in the fictional city of Agrabah, alongside Naomi Scott (Power Rangers) as Princess Jasmine, Will Smith as the Genie, Marwan Kenzari (Wolf) as Jafar, Navid Negabhan (Legion) as The Sultan, and Numan Acar (Homeland) as Jafar’s right-hand man Hakim.

The first Aladdin trailer opens with a sweeping, wide shot of the Agrabah desert – the film was partly shot in Jordan’s Wadi Rum Desert – before giving us a silhouetted peek of Jafar’s side-kick parrot Iago flying over the kingdom. It then switches to an outside shot of the Cave of Wonders with a character slowly walking in before the tiger-shaped entrance collapses on him. Inside, Aladdin comes face-to-face with the famous magic lamp.

Written by Ritchie and John August (Charlie’s Angels), the Aladdin live-action remake has added a couple of new characters that weren’t present in the animated original: Nasim Pedrad (People of Earth) plays Jasmine’s handmaiden and loyal confidante named Dalia, while Billy Magnussen (Into the Woods) is Price Anders, a potential suitor for Jasmine from the fictional kingdom of Scanland.

The latter addition has been especially controversial, for inserting a new white character into a Middle Eastern story. Criticism has also been directed towards Scott’s casting, who is British-Indian and doesn’t have any Arab heritage. Aladdin is originally an Arab-style folk-tale from One Thousand and One Nights.

Aladdin will release May 24, 2019 in India and across the world.