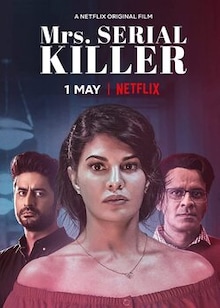 Dr. Mrityunjoy Mukherjee (Manoj Bajpayee), a popular gynaecologist is arrested when six women are found dead in an isolated house that he owns. All these women happened to be unmarried, pregnant, later on aborted, and then mercilessly dismembered. His wife Sona Mukherjee (Jacqueline Fernandez), who is also pregnant, refuses to believe this and assumes that her husband has been framed by the cop and her ex-boyfriend Imran Shahid (Mohit Raina). Following the advice of Mr Brij Rastogi (Darshan Jariwala), a lawyer whom Joy had once helped, she decides to plot the murder of another woman (Zayn Marie Khan) just as the serial killer did his victims in, to prove her husband's innocence. 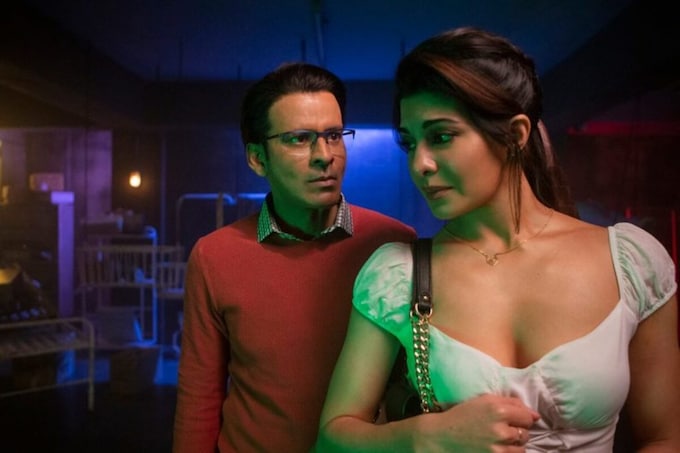 Mrs. Serial Killer is one of the stupidest movies of all time. I wish I was exaggerating, but if anything, that feels like an understatement. Its characters act unbelievably stupidly to serve the plot. They fall for someone doing a terrible job at pretending. They are intentionally terrible at their actual jobs. Or they don't object to someone doing their job terribly. And at times, they try to stalk people a few feet away while driving a giant SUV on empty, narrow lanes in the middle of the night. They aren't actually characters, but instead caricatures. Nearly all of this is down to laughable writing — or direction — from Shirish Kunder, whose previous credits include the 2012 Akshay Kumar-starrer joke-of-a-film Joker (as writer-director) and the 2010 Kumar-led dumpster-fire Tees Maar Khan (as writer).