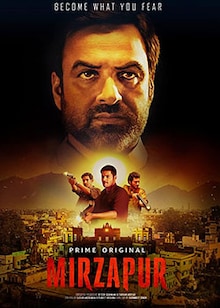 Share
Season 1
Action Crime
2.9 ★ 2018 Season 1 Hindi
A shocking incident at a wedding procession ignites a series of events entangling the lives of two families in the lawless city of Mirzapur.

Akhandanand Tripathi (Pankaj Tripathi) is a don in Mirzapur. His son and heir, Munna (Divyendu Sharma), is hungry for power but rather un-worthy of it. An unexpected turn of events during a wedding procession force him to come face-to-face with Ramakant Pandit (Rajesh Tailang), an upstanding lawyer, and his sons, Guddu (Ali Fazal) and Bablu (Vikrant Massey). This incident turns into a game of greed and power in the lawless city—sparking a rivalry to own and control the land. 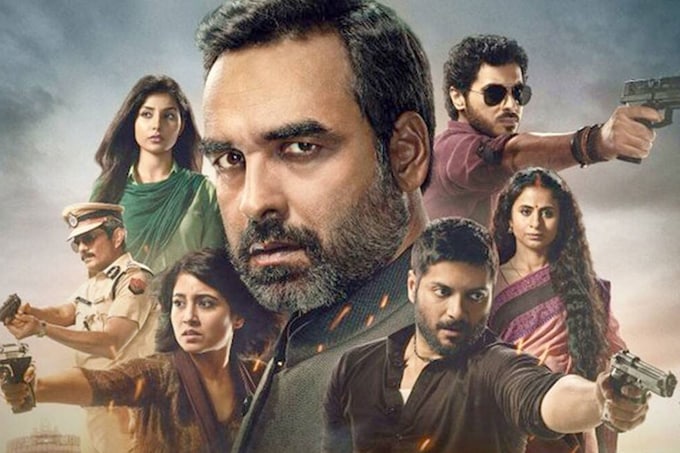 “Hum banayenge Mirzapur ko Amrika [I will turn Mirzapur into America],” Guddu Pandit (Ali Fazal), a bodybuilder and a newly-minted henchman for the local gang lord, says midway through the first season of Mirzapur, the newest original series from India, out Friday on Amazon Prime Video. Those few choice words don't encapsulate what it's about, but they do capture several aspects of the show, including its darkly comedic leanings, a freewheeling use of violence and gore, and the heavily-muddied moral standards of even its central characters. Guddu is one of the male leads in Mirzapur, the kind audiences are generally supposed to be rooting for, and he's as pro-guns as they come.