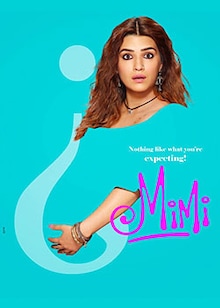 Mimi is a Hindi comedy-drama movie on surrogacy that is directed and written by Laxman Utekar, and co-written by Rohan Shankar. The film is a remake of the National Award winner Marathi film Mala Aai Vhhaychy! (2011). Mimi stars Kriti Sanon as a surrogate mother and Pankaj Tripathi as a cab driver in the lead roles. In the supporting roles, you will see Sai Tamhankar, Supriya Pathak, Manoj Pahwa, Evelyn Edwards and Aidan Whytock.

The story begins with Mimi, a Bollywood aspirant unable to pursue her dreams due to the lack of financial resources. A cab driver named Bhanu introduces her to an American couple who wants her to be the surrogate of their child for which they are willing to pay Rs. 20 lacs. On hearing the amount, she agrees to become the surrogate and starts secretly living with her best friend Shama.

However, things take an unexpected turn when the couple asks her to abort the child, after eight months of pregnancy because of the possibility of the child having down syndrome. Despite the odds, Mimi decides to give birth to the baby and raise him on her own. While the two are supported by her family and Bhanu's, she is devastated when the couple threatens to take him back on legal grounds. 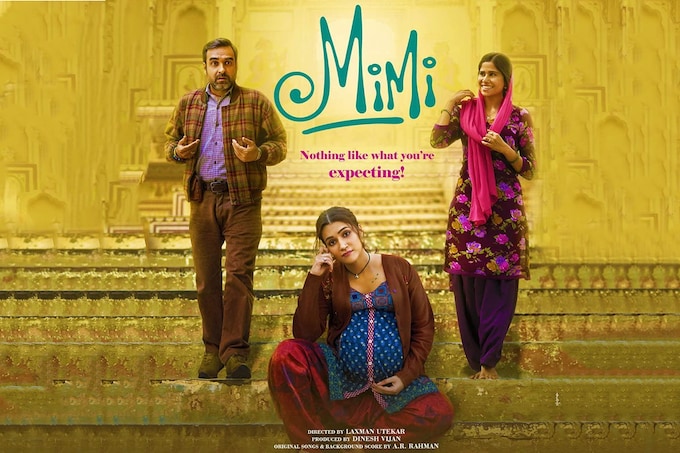 The trailer of Mimi starts with Pankaj Tripathi, Kriti Sanon and Sai Tamhankar travelling in a car with Pankaj Tripathi explaining to the ladies about the love of a mother for her children. The trailer shows that the entire movie revolves around the Rajasthani dancer and performer Mimi, played by Kriti Sanon, who becomes a surrogate for a foreign couple after they offer to pay her 20 lacs for being the surrogate mother of their child. Initially, she denies but when she understands the entire concept of surrogacy, she agrees to do it and starts living with her friend so that she does not have to face her parents while the pregnancy. Later the foreign couple, mid-way of her pregnancy, asks Bhanu (Pankaj Tripathi) to ask her to abort the child because they no longer want it and this creates havoc in her life. The Mimi trailer looks interesting and it definitely looks like a concept that has never been touched in Bollywood. Now that you have enough description, you can watch the Mimi official trailer below right away.

Take a look at the Mimi movie songs below.