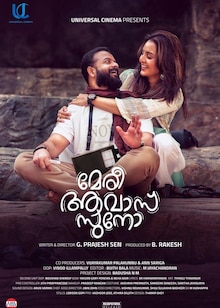 Radio jockey Abhish Venugopal (Jayasuriya) is shattered when he discovers his cancer could result in him losing his voice. He finds hope in his speech therapist Sulakshana (Manju Warrier) who motivates him to forward in his life. The two actors share screen for the first time in Meri Awas Suno.