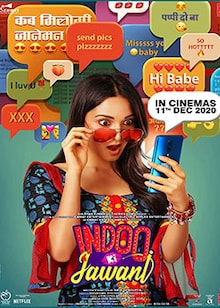 Indoo (Kiara Advani) is a spirited and charming girl from Uttar Pradesh’s Ghaziabad district, who has just broken up with her boyfriend (Raghav Raj Kakkaer ) of one year after she caught him cheating. The two were shown to always have their horns locked at the idea of being physical- with him being in the favour and Indoo against the idea. When the heartbroken Indoo reaches her best friend (Mallika Dua) for a sympathetic ear, she gets the idea of trying online dating. As per her friend's advice, Indoo starts swiping soon and finds a perfect match in the form of Samar (Aditya Seal). While her family is out finalising her brother’s college admissions, Indoo invites him over. However, things take a hilarious turn when she discovers that he is from Pakistan. The ongoing rounds of news of a Pakistani terrorist on the loose further fuel the fire. 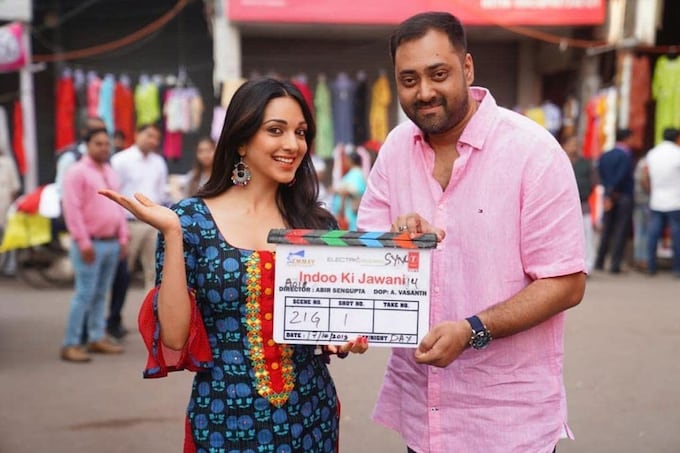 Indoo Ki Jawani is the story of Indira Gupta a.k.a. Indoo (Kiara Advani) who decides to find love through online dating apps after her boyfriend betrays her. Her best friend Sonal (Mallika Dua) advises her to use “Dinder” wherein, in her first swipe she meets Samar (Aditya Seal) who is handsome but also bad news because of his origin being from Pakistan which causes trouble in her life. The movie shows the typical side of North Delhi and Mallika Dua manages to give some laughing moments in the movie. The songs are well-shot and can be listened while it highly lacks funny dialogues and punches but the shirt-less scenes of Aditya and the pairing of Kiara and Aditya is an eye-candy throughout the movie.

Indoo Ki Jawani official trailer seems a laughter-riot, simply scroll down to watch the trailer below.