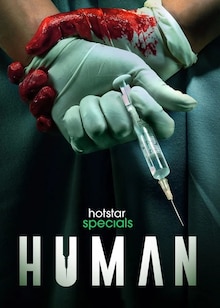 Share
Drama Thriller
3.5 ★ 2022 Season 1 Hindi
A medical thriller focused on drug trials and the surrounding political scenario, Human follows two female doctors as they struggle with their duty and morals in the wake of death and destruction.

Dr. Gauri Nath (Shefali Shah), one of India’s top neurosurgeons and owner of a Bhopal hospital called Manthan and her cardiac surgeon hire Dr. Saira Sabbarwal (Kirti Kulhari) are caught in the web of human trials for a new drug. But there’s death and destruction all around as the new drug has lethal side-effects — something that the two doctors were initially unaware of.

Now, a young migrant worker (Vishal Jethwa) whose kin have been victims of the trials is out and about to bring down the entire medical system. At the root of all the wrongdoings are politics, corruption, and a never-dying greed. 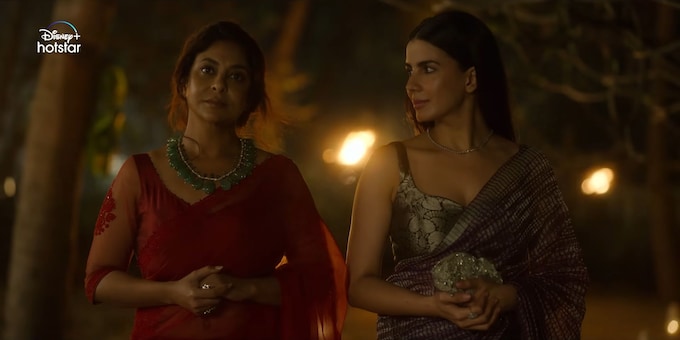 Human — the new Hotstar Specials series, with Shefali Shah (Delhi Crime) and Kirti Kulhari (Four More Shots Please!) in the lead — is set in the murky world of medical malpractice and unethical drug trials. Naturally, this hits different during an ongoing pandemic in its third year now and with a third wave sweeping across the country. (In fact, Human acknowledges its existence multiple times — including a pharma boss complaining how the trials for their unapproved COVID vaccine brought them to their knees — though it's treated like a thing of the past.) The Disney+ Hotstar series might be distressing for those very reasons, as constantly being in and around doctors, hospitals, the sick, injections, and ambulances can be triggering for a lot of people these days.